Actress Mother Noni Hazlehurst Play school by Caroline Russo | on May 9, 2018 | 0 comments | in Theatre | Like it 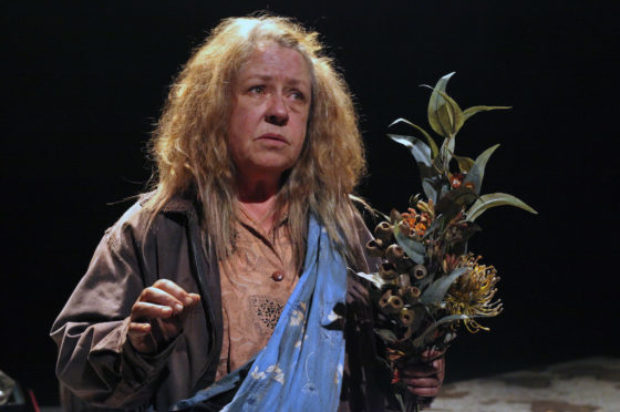 One of Australia’s favourite and most respected actors and presenters Noni Hazlehurst AM will make her mainstage Brisbane theatre debut in the critically acclaimed production of Mother at Queensland Performing Art Centre’s (QPAC) Cremorne Theatre from 7 to 18 August 2018.
Written by Australian playwright Daniel Keene specially for Hazlehurst as her first one-woman show, Mother tells the story of Christie, a homeless woman in a world detached, unforgiving and destructive.

Christie is a great survivor, a storyteller, who comically and dramatically evokes her life in a performance described by The Daily Telegraph as “alternately feisty and conquered, angry and loving, and someone who can tell her story with honesty, wit and self-deprecation”.
The play speaks of madness, denial, ignorance and free-falling poverty. Utterly devastating, yet written with Keene’s characteristic lyricism, the award-winning show is wrought with tenderness, violence, black humour and loneliness in equal measure.

Universally praised by critics and audiences, Mother won the 2015 Drama Victoria Award for Best Performance by a Theatre Company, was nominated for two Helpmann Awards® including Best Performance by a Female Actor and Best Regional Touring Production, and was a finalist in the 2016 Performing Arts Connections Australia Tour of the Year Awards.

Directed with great acclaim by Matt Scholten, the 75-minute drama has awakened many people to issues surrounding motherhood, poverty and isolation by bringing one Australia’s most loved actors to a wide theatre audience across the country, with Hazlehurst performing the show for more than two years, including a sold out three-week season in Sydney earlier this year.

Hazlehurst is a celebrated film, theatre and television actor, beloved Play School presenter and Better Homes and Gardens host and has one of the most impressive and wide-ranging careers in the business.

In 2017, she appeared in season five of Foxtel’s A Place to Call Home and ABC’s The Letdown. Other recent credits include the feature films Ladies in Black, Truth and The Mule, and the television series The Broken Shore and Redfern Now. In 2016, she was inducted into the Logies Hall of Fame.
Tickets are on sale via qpac.com.au or 136 246.