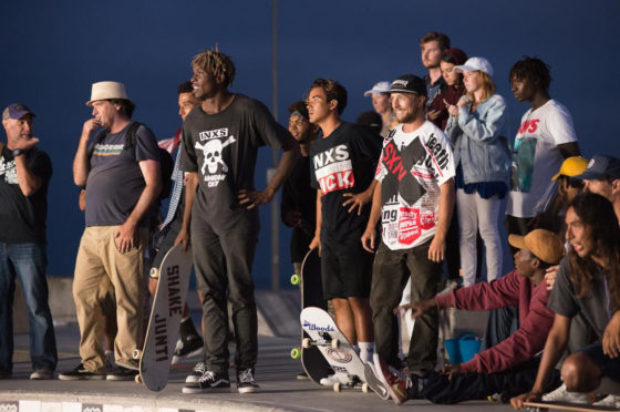 30 years on from its original release, ‘KICK’ the title track from the multi-platinum and diamond award winning album finally gets its own video. The title track KICK was shot at the birth place of modern skateboarding, Venice Skate Park, California in recognition of the original album cover artwork created during the era when modern skateboarding was pioneered by the Dogtown skaters.

To direct the video Petrol Records Chairman CM Murphy, tapped the talents of seasoned music video director and filmmaker Steve Hanft, the man behind such influential music videos as Beck’s ‘Where It’s At’ and ‘Loser’.

Hanft was joined with famous skate-shooter, Dave England, of the MTV reality franchise Jackass, to help capture a prime selection of skaters in their element, following their every twist and turn around the bowl. Watch it here.

“The skateboarding aspect of this video is a tribute to the music, which features the new Dolby Atmos mix by Giles Martin for the 30th anniversary of the album and we wanted to make a music video that celebrates the song with visuals and skating”, Hanft said.

The skaters featured throughout the clip are a collection of the worlds best new talent including Leandre Sanders, Justin Burbage, Miles Lee, Isiah Sanchez and Brooks Humphrey.

“These are the new Dogtown skaters, these are the modern skaters that are happening right now, at this spot”, Hanft said.

30 years on the Kick album continues to attract new audiences whilst earning the respect of its original fans.

The 4-Disc KICK 30 Anniversary Edition, which features the new promo video on a Blu-Ray disc alongside the brand new Dolby Atmos mix of the album by Giles Martin, is available now to order from here.