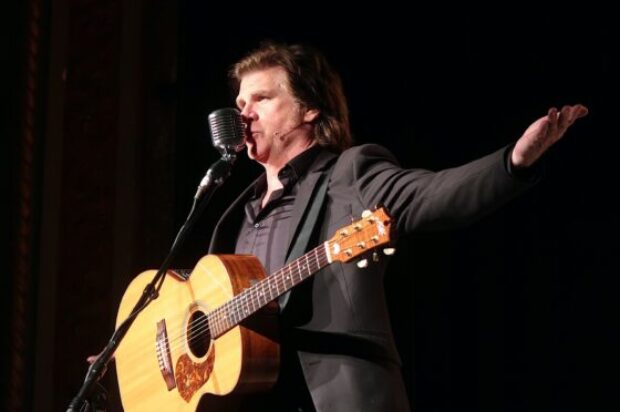 Get your tickets on-sale now

The Bluesfest 2021 Fourth Artist Announcement adds an eclectic, diverse list of names to what is already a legendary line up of Australian artists confirmed to perform next Easter on April 1st – 5th at the beautiful green Byron Events Farm located in Tyagarah 10 minutes north of Byron Bay.

The line-up is programmed with the intention to appeal to a broad audience featuring artists across all genres for all members of the family to enjoy. With the light at the end of the tunnel in sight, Bluesfest is confidently positioned to be one of the first major festivals back on the circuit for the many music loving patrons aching to come out and soak in some highly anticipated festive vibes.

Back in April this year, many called Bluesfest’s intention to proceed with an event in 2021 as a “brave and bold move”. Proceed it did nonetheless and fortunately the festival is well-poised for a successful event with tickets currently hitting the 60% mark of sell-out in sales, with the bigger nights [Fri-Sat-Sun] selling consistently and rising.

Commenting on the announcement Festival Director, Peter Noble OAM says “Time will tell, but It is being said that the 2021 Bluesfest line up is the greatest assembly of Australian artists to ever perform at one event. Ticket sales are showing that the Australian public is ready to celebrate safely and we are on target for a sell-out at our expected capacity. My focus right now is on bringing this festival home in 2021.“

Leading the already diverse announcement is Northern Beaches of Sydney natives and ARIA award winners Ocean Alley. Their platinum-selling single ‘Confidence’ won the #1` spot on triple j’s Hottest 100 in 2018 and since that time the band have gone on with sell-out shows right across Australia winning hearts along the way.

Considering Australian music icon John Williamson will celebrate his 51st anniversary in 2021 you can bet this show will be one for the history books. John’s “The Winding Back” tour will celebrate his 51 years in the entertainment industry and foresee closing the book on his regular touring. The last time John performed at Bluesfest in 2014, so captivated was the crowd that you could hear a pin drop. This great man’s storytelling talents through song and banter is outstanding. He has sold over five million albums and is regarded in the Top Five best-selling Australian artists joining Slim Dusty who sits at No. 1. Considering this is one of the last chances to catch John Williamson live this show should be marked up as “do not miss” in any festival planner.

When Tex Perkins struts up on stage to embody the role of “The Man In Black” for a special Bluesfest only performance you just know you are in for one hell of a good time. Imbued with the best of Johnny Cash hits, Tex Perkins’ reverence for Cash’s career is evident in the way he approaches every song and it is little wonder why “The Man In Black” has been lauded by critics and fans alike, and won Tex and his crew a Helpmann Award for Best Contemporary Australian Concert.

Get ready for an assault of the senses with the Jon Stevens | The Noiseworks & INXS Collection show. The former lead singer of Noiseworks and INXS stacks this show with nothing but relentless hits. Jon’s visceral charge of emotion is guaranteed to transport you back in time including the INXS songs that were such a huge part of the soundtrack of our lives.

This has got to be the coolest collaboration announced this year; Josh Teskey and Ash Grunwald will take to the stage together and perform songs from a forthcoming album titled “Push The Blues Away”. The album released on 13th November is born out of a mutual love for the Blues and a genuine appreciation for each other’s talents.

An Australian lineup of this size would not be complete without Vika & Linda. They are Australia’s most revered singing sisters, known for their rich vocal harmonies and stylistic breadth. These ARIA chart toppers bring an added touch of class to the program.

Originally from Canada, Byron Bay local singer-songwriter Garrett Kato went from busking and living out of a backpack to tallying over 45 million worldwide streams and performing sold-out shows alongside Damien Rice and Ziggy Alberts. Immensely talented this young and rapidly rising star will be a musical gem for many to discover at Bluesfest.

Mia Dyson is always welcomed to Bluesfest by her many fans. A Blues pocket-rocket of a performer Mia has won multiple ARIA & APRA awards, toured with the likes of Bonnie Raitt, Chris Isaak, Stevie Nicks and Eric Clapton. Now based in LA, this little lady is one big Blues star and is always welcomed back onto the bill. This will be Mia’s 6th time at Bluesfest.