Odin’s Eye Entertainment (OEE) has today announced it has secured worldwide sales on upcoming feature film, The Library Boys, directed and penned by rising star Zane Borg (A Man and a Woman, Phantasm).

Only 21 years old when he shot the film, Borg, now 23, brought on executive producers Russell Cunningham of RLC Motion Picture Entertainment, Odin’s Eye CEO Michael Favelle and Pancake Originals’ Gabriel Carrubba to complete the picture in preparation for worldwide sales. Odin’s Eye Entertainment has commenced sales on the project and is introducing to buyers at the AFM 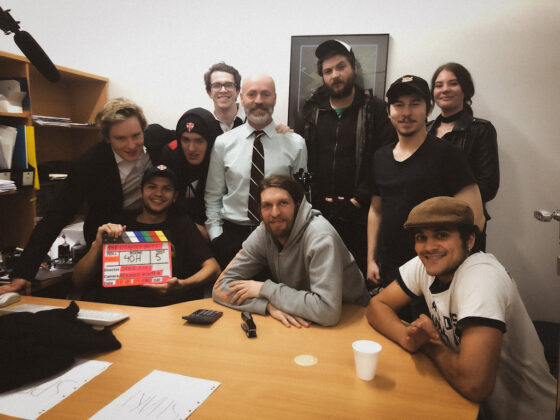 Based on Borg’s own experiences, The Library Boys offers a fresh, universal take on the classic coming-of-age story. Zane (Jack Kenny), James (Joe Kenny) and Mitch (Uisce Goriss-Dazeley) are about to graduate from high school. Lifelong friends, they are met head-on with the challenges of entering adulthood; Zane becomes obsessed with the new girl at school, James’ long-term girlfriend is pushing for him to grow up, meanwhile Mitch is just trying to lose his virginity but somehow becomes involved with Tilly, the most popular girl in school. Exploring the ups and downs of adolescence, struggles with identity and the importance of friendship, The Library Boys is an honest, heartfelt portrayal of high school life in the final year.

Filmed in Victoria under strict COVID protocols, the micro-budget film was shot in 30 days with post-production support from Post Lab IO and Music and Effects.

“We are delighted to be working with Zane who is a remarkable, fresh talent. His script, vision and casting excited us from the outset and the completed film is already earning serious interest from buyers at AFM,” said OEE’s Favelle.