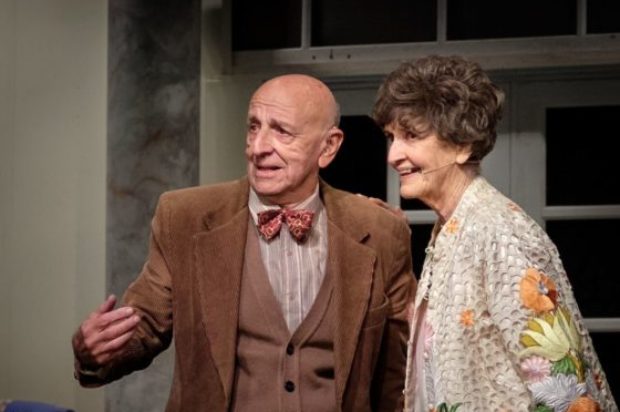 70, Girls, 70 A Broadway musical by Fred Ebb (lyrics) and John Kander (music). Ensemble cast (many in their 70s and 80s.) Directed by Roger McKenzie. Musical director Mary Walters. Gold Coast Little Theatre. Runs until July 29. Thurs-Sat 8pm with Sunday matinees July 9, 16 and 23. Bookings Phone 55322096.
www.gclt.com.au
Kander and Ebb’s 1971 musical 70,Girls, 70 was hardly among their most successful – nothing like Cabaret and Chicago – with only 35 performances at New York’s Broadhurst Theatre, but then it has proved to be a survivor.

Which comfortably brings us to the show’s most unusual feature, the cast which mostly consists of veteran performers in their 70s and 80s.
In the case of this new Gold Coast Little Theatre production, directed by Roger McKenzie, with the support of musical director Mary Walters, the 19-strong cast, plus the two musicians, has a total age of 1,587 years.

The average age is 69 – I did spot a couple of younger players – which is quite a record for the theatre.
As the Baby Boomers move into old age both the theatre and film is creating a new genre for ageing actors playing characters who find themselves struggling against various bureaucracies and institutions.

These seem to be particularly prevalent in the UK where one of the most recent movies – Golden Years starring Bernard Hill and Virginia McKenna – followed the adventures of disgruntled seniors touring National Trust locations and robbing banks en route.
The inspiration for the 2016 film could easily have come from 70, Girls, 70, which was based on the 1958 play Breath of Spring and the 1960 movie Make Mine Mink (featuring a great British cast of the era.).
The 70, Girls, 70 story focuses on retirees living in an Upper West Side hotel, the New Sussex Arms, who go on a crime spree pinching furs to raise money to improve their lot.

Their own ‘Robin Hood’ is a plucky sophisticated elder, Ida, nicely played by Anne Ryan in this GCLT production.

The men and women of the New Sussex have various adventures on the way to their final curtain call and have the chance to sing and dance their way through more than a dozen catchy musical turns.
Directing 19 performers – albeit veterans of the local stage – largely from one demographic is a formidable task, but director McKenzie works hard to keep them all in line. Likewise musicians Mary Walters (piano) and Freddie Rutherford (drums) put their all into giving them musical support.
The performers work hard – and the results are definitely mixed – but there’s a sense that everyone is giving their all and having a lot of fun.

70, Girls, 70 will, understandable not be everyone’s nip of gin, but it is already proving a box office winner with older audiences looking for a matinee outing Note: Veteran performer and long time Gold Coast resident Hazel Phillips, who served as a consultant, was due to be in the show but had to withdraw. Hazel, who was a Gold Logie winner back in 1967 and was seen on shows such was The Mavis Bramston Show, was there on opening night. She also plans to be at the GCLT at the end of each matinee to meet and greet with fans.Note photo credit to Dan Ryan