On Centre Stage: A Night at the Ballet with a Flourish

Flourish George Balanchine Queensland Ballet by Caroline Russo | on August 5, 2014 | 0 comments | in Theatre | Like it 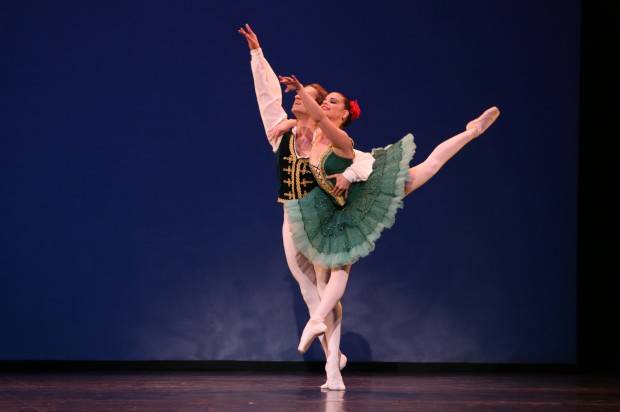 On Centre Stage: A Night at the Ballet with a Flourish
By Douglas Kennedy

The Queensland Ballet’s mid-year winter offering, Flourish, is a delightful potpourri of Three beautifully crafted dance pieces celebrating a wealth of sparkling QB and guests artist talent.
This ‘comfort food’ for the soul kicks-off with George Balanchine’s masterpiece, Serenade, showcasing the technique of classical ballet in its most poetic form through four distinct movements (Sonatina, Waltz, Russian Dance and Elegy). 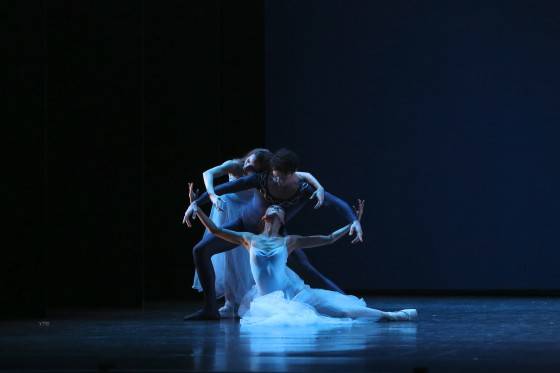 The Russian-born American choreographer’s first original ballet – which had its world premiere in New York in 1934 – features Tchaikovsky’s Serenade for Strings in C Minor.
Serenade featured the QB’s full complement of nearly 30 dancers, including principals Matthew Lawrence and Meng Ningning, and guest artist Alexander Idaszak.
In contrast, the more intimate La Esmeralda Grand Pas de Deux, choreographed by Ben Stevenson after Marius Petipa, featured guest artists Dmitry Zagrebin and Teri Crilly , in a lighter vein.
Stevenson, who was artistic director of The Houston Ballet from 1976-2003 and former mentor to QB’s artistic director Li Cunxin, is fast becoming a company favourite.
The company has staged Stevenson’s Cinderella, Three Preludes and The Nutcracker in recent years.
The music from la Esmeralda (excerpt) is by Cesare Pugni.
Choreographer Nils Christe’s Short Dialogues marks a welcome return to the company as the Dutch-born artist first created the work for former artistic director Francois Klaus’ 2011 International Gala.
This time around the production features six dancers, including guest artists Keian Langdon and Alexander Idaszak, performing to Phillip Glass’ Concerto for Violin and Orchestra.
Last – but certainly not least – and for many the highlight of the night was a reworking from choreographer Nicolo’s Fonte of Maurice Ravel’s Bolero. 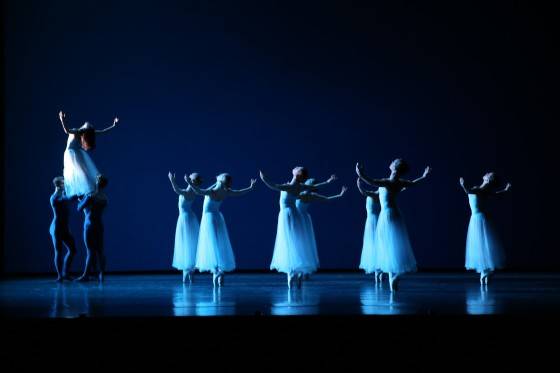 The 10-strong ensemble included principals Clare Morehen and Natasha Kusch in a piece which shook-off Ravel’s romantic Latin originals and, instead, opted to highlight the mechanical character of the music complete with corrugated metal panels suspended in space.
The perennial favourite was penned in 1928 for the composer’s friend, Russian dancer and actress Ida Rubinstein, and was destined to become his most famous work.
A delightful night at the theatre for ballets enthusiasts – one that went off with a – how what’s the word? Ah, yes, a Flourish.