On Centre Stage :Best of the Bee Gees plus Stars in Concert. 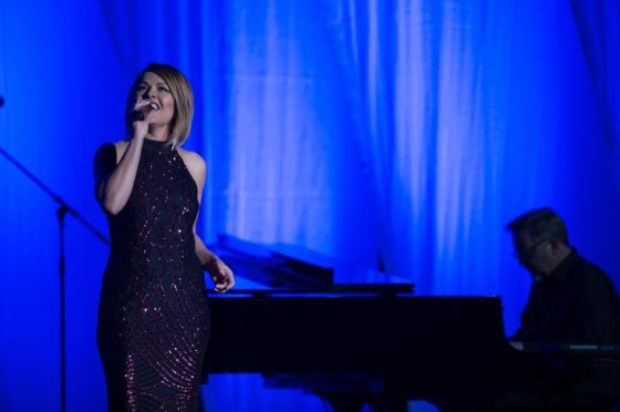 Best of the Bee Gees plus Stars in Concert. Featuring the music of Neil Diamond, Barbara Streisand and The Bee Gees.

A Review by Douglas Kennedy.

Best of the Bee Gees plus Stars in Concert celebrates the music of top selling artists Neil Diamond, Barbara Streisand and The Bee Gees.

This all-Australian tour, featuring seven musicians and five singers, kicked off at the Gold Coast’s HOTA on Saturday to an enthusiastic near capacity crowd.

As the band strikes up the audience hears a varnished shimmering wall of sound welcoming an evening of golden moments from the history of contemporary music.

Baby it’s cold outside, but here in the HOTA Arts Theatre things are heating up as David Cail hits the stage to belt out a bunch of Neil Diamond’s greatest
hits.

Cail has been channelling Diamond for more than 23 years and this bracket is simply a straight forward rock ‘n’ roll show with the band.

Then Roslyn Loxton returns to the stage with Streisand’s version of the West Side Story hit, Somewhere, and the impressive set and production values come into their own.

While the stage is decked out to look like Hollywood Bowl, with its distinctive concave shell, Loxton sings against the backdrop of a series of related images.

So for Send in the Clowns we get a gentle sad-faced clown, weaving his magic, and The Way We Were conjures up a bundle of old family snaps set firmly in a black and white past.

Loxton, with her magnificent voice, and Cail’s gritty rock along style share the hour long first half, but the second part of the show belongs exclusively to The Best of the Bee Gees show.

This powerful nine-man rock and harmony show, which started in Surfers Paradise two decades ago, has the audience on its feet bouncing along to numbers such as Massachusetts, Tragedy, How Deep Is Your Love, You Should Be Dancing and last, but best loved, Stayin’ Alive.

Throughout the Bees Gees set the audience is kept in touch with the originals as pictures from their long and remarkable career are flicked up on the big screen.

Best of the Bee Gees plus Stars in Concert is a night to remember for fans on the group, as well as Diamond and Streisand aficionados.

We won’t see the Bee Gees together again, and Diamond has announced his retirement, but high class entertainment such as this will keep them all staying alive.