brisbane arts theatre carol burns Picnic at Hanging Rock theatre by Caroline Russo | on March 11, 2013 | 0 comments | in On Centre Stage | Like it 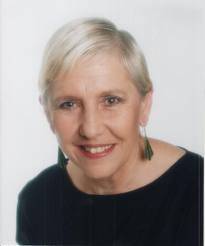 One  sunny Tuesday afternoon following  a Glugs luncheon – The Glugs is a theatre friendly group which takes its name from C. J. Dennis’ The Glugs of Gosh – I was stepping out of the Kookaburra Café with the remarkable Carol Burns.

She suddenly pointed across the road to a weather beaten cottage and said, in a reflective rather than matter-of-fact way, ‘that’s the place where I grew up.’

The gesture and remark was a reminder of the theatre stalwart’s deep connection with Brisbane, which was rekindled as I watched her contribution to the Bille Brown Memorial last month.

Seeing her on stage at the  Queensland Performing  Arts Centre’s (QPAC) Playhouse Theatre, I couldn’t help but think of Bille and Carol’s mutual passion for this northern State capital.

Bille – who died on January 13 two days after his 61st birthday – was known as The Boy from Biloela, – but one always sensed his heart was really in Brisbane.

The much-loved actor, writer and director travelled the world making his mark on the stage in London, New York and beyond, but ultimately he returned to the place he loved.

Carol also enjoyed national and internationally success – probably best known outside theatrical circles for her award winning portrayal of Frankie Doyle in Prisoner – but ultimately proved to be just as much a homing pigeon as Bille.

So it seems to be appropriate that Carol has returned to one of her original nesting  places namely the Brisbane Arts Theatre (BAT) with her ‘epic’ reworking of Joan Lindsay’s Picnic at Hanging Rock.

Haunting is probably as good a work as any to describe Lindsay’s 1967 novel about schoolgirls from Appleyard College who go on a St Valentine’s Day picnic only to mysteriously disappear.

The story – which was filmed by Australian director Peter Weir in 1975 – is still thought to be a true one by many devotees caught up in the magic of the work.

Indeed a  good friend, who was the literary editor of a leading regional daily newspaper, was dumbfounded when I told him it was the sole product of Lindsay’s imagination.

There’s plenty of clues as to the work’s fictional origins starting with the simply fact that February 14, 1900, was a Wednesday,  not a Saturday as stated in the play.

(Linday’s decision to set the story on February 14 could have a romantic link as Joan Weigall married Daryl Lindsay in London on St Valentine’s Day 1922. Oh, and that was a Tuesday).

But back to Carol’s adaptation.

The BAT connection has allowed the actress-cum-write-director to do something which would be almost unthinkable in the professional realm as this production calls on a cast of 28.

It has also – I suspect  -given her more power over the direction of the production allowing choosing her own backstage talent, including husband Alan Lawrence on music and sound design.

Carol promised ‘no pan music’ (a  reference to the highly atmospheric and memorable music in the movie), but Lawrence has managed to make his own distinctive mark on the production.

Picnic at Hanging Rock is all about time, place, mood and impact and Carol’s production has captured this extremely well.

Let Carol explain: “I can use a simple image to explain how I went about creating the play.

“Have you ever skimmed a flat stone across the water? It bounces and ripples of energy spread.

“Each scene in the play is like a skip of the stone leading us on till we are left still questioning and think how some small thing, in this case a school picnic, can resonate so deeply. Any decision will influence actions to a degree we can’t realise.”

There is lots of good reason for having community theatre – as well all the professional activity – and one of the best of them is that it gives opportunities which would overwise be lost.

While having a cast of 28 might – at first – seem indulgent in this case it is vital to the overall effect of the drama.

It is wonderful that theater folk of the caliber of Carol Burns are prepared  to work with community theatre as they have the innate understanding that ultimately, ‘the play’s the thing’.

So head along to the Brisbane Arts Theatre and in the words of Carol Burns quoting Shakespeare’s Henry V, “Let us on your imaginary forces work.”

Photo of her earlier role in TV when in Prisoner.