On Centre Stage Douglas Kennedy Gives us Nest of Tweets

Before I joined the Hush, Hush Biz, I had my own On Centre Stage blog and in the course of a year received several thousand hits from all over the world. In the course of one year I posted more than 70 stories and various one-liners but it’s this captioned picture, first published Easter 2012, which  generated the most interest.  I thought as an Easter gift I might share it with my Hush, Hush Biz audience as well as this article (updated) posted at the same time.

Director Stevens once asked John Wayne  to deliver a Biblical story line with more awe and it all came out elongated and slow as, “Aaa-www-eee. Truly this must be the son of Gaud.” 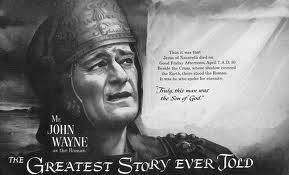 A Nest Full of Tweets

When I first heard of twitter I wondered if a tweet in capitals would be  a squawk as that’s my typical reaction to the ridiculous.

The idea of sending a 140-character message seemed an absurd waste of time, and when a friend explained it was for fans to track celebrity, I switched off completely.

Now I have a busy twitter account and having a ton of fun – as we used to say at school – tweeting instant one and two-liners.

Yes, I have joined the 500 million subscribers or so, who tweet somewhere in the region of 340 million micro messages daily, and I try to keep @Dak101Kennedy  focused on the arts and entertainment scene in Brisbane and beyond.

(Twitter came onto the scene back in 2006 thanks to a chap called Jack Dorsey, so six years to catch up with the new technology isn’t bad.

The motor car first appeared at the turn of the 20th century, but I didn’t catch up with that until the late 1970s)

My @Dak101Kennedy  twitter suits my OCS column as they seem to work in tandem.

Sorry, I hate the words blog and bloggers  as they sound like someone being sucked into quick sand or, even worse, some sort of indescribable indecent act.

“He went blogging in the marshes you know and never came back,” springs to mind

Or maybe. “Society, quite rightly, believes blogging in public to be a heinous and unacceptable crime Mr. Kennedy. Guilty as charged.”

While I unashamedly use my twitter to promote OCS and my weekly visits to the 612ABC studios for theatre chats with leading breakfast host Spencer (Howson), at the ungodly hour of 640am, I also try to make them engaging and entertaining (with mixed success).

Some of my tweets have been floating in this weather-beaten head of mine for more than four decades, but, unfortunately, 140 character social networking allows subscribers to do little more than convey the message.

Sometimes, I feel as if I’d like to say more or, more often, explain why I’ve opted for some line or other, but it’s too difficult.

I avoid multi-messages – I’ve seem them on twitter and they tend to be broken up and confusing – so I work hard to keep my stuff tight.

So I thought from time to time I’d indulgence myself – after all I have said this is as much diary as a column – and  regurgitate a handful of  tweets, complete with background notes.

Please Explain (PE): This came after seeing the TV re-make of the boys’ own classic The 39 Steps starring Rupert Penry-Jones (Spooks) as Richard Hannay and Lydia Leonard. This polished  2008 TV movie production had plenty of ambiance and was quite engaging, but lacked the suspense that made Hitchcock’s 1935 outing with Robert Donat and Madeline Carroll a classic. Still better than Kenneth More (1959) and Robert Powell (1978).

Tweet: Director George Stevens once asked John Wayne (see pic top)  to deliver a line with more awe and it all came out elongated and slow as, “Aaa-www-eee Truly this must be the son of Gaud.”

PE: This an Easter twitter and came courtesy of the George Stevens directed, The Greatest Story Ever Told,1965, peppered with Hollywood stars from the era. The Duke played a Roman Centurion standing at the foot of the cross and I guess it wasn’t one of his typical roles. He  gave it his best shot to coin a phrase. When I first heard this anecdote Wayne had recently made his Vietnam war film the Green Berets, 1968, and it was fashionable to belittle and mock him. Today his work stands in much higher stead.

Tweet: George Bernard Shaw was asked during World War Two what he was doing for the fight for civilisation and replied: “I am the civilisation they are fighting for.” Variation on a theme.

PE: This came about as a result of catching ABC612 presenter Steve Austin’s introduction into an arts story one morning. He quoted Winston Churchill responding to his finance minister’s announcement that he would cut funding to the arts for the war effort. Churchill relied: “Then what are we fighting for?” It stuck me that there were lots of quotes and anecdotes in the arts – and other areas of life – which were similar. However, it could be argued on the one hand that Churchill never mentioned GBS. Maybe the playwright  noticed and decided to redress the balance?

Tweet: Would Van Gough have got into self-harm if he had been given a sympathetic ear?

PE: Just been watching a documentary on Van Gough which prompted three or four lines, but this one most tickled  my fancy. I was also impressed with the fact that when the great painter volunteered to move into the mental hospital at Saint Paul-de-Mausole his brother, Theo, asked that he be allowed his painting materials and half a litre of wine each day. I would have insisted on at least a litre.

Tweet: Been struggling to get into my own blog for the past three days like a drunk breaking into his own home because he lost his door key.

PE: That’s true. I did spend much of three working days trying to break into my own diary so I could post. It turned out because I have two of the darned things, I’d got all my pass words mixed up. I was told I was lucky not to have lost the lot. The line also brought back a memory of the night number one son was born, I got a little drunk, lost my door key, and had to break into my own home. No. I am not going to say these jotting are now my babies.

So as you see, Dear Reader, there’s more things between heaven and twitter. Now I must catch the cyber post.