Cats Guys and Dolls live theatre Monty Python musical greats by Caroline Russo | on December 11, 2013 | 0 comments | in On Centre Stage | Like it

Queensland’s newest, and only, professional musical theatre company, Harvest Rain, is flying high on a magical cushion of unprecedented good fortune.
The company, which had its humble beginnings in New Farm’s Sydney Street Theatre back in 1985, is looking like a million dollars, as it launches its three major musical shows for 2014.
And Harvest’s youthful CEO and artistic director, Tim O’Connor, is laughing all the way to the bank, which must be strange as at the moment he’s mostly making withdrawals.
When the first of Harvest Rain’s trio of big budget musicals, Guys and Dolls, opens in March, O’Connor will be hoping that luck is his lady that night.
The short season at Queensland Performing Arts Centre’s (QPAC) Concert Hall will cost a whopping – for Harvest Rain – $500,000, but does feature name stars such as Ian Stenlake, Angela Harding and one-time Hey, Hey It’s Saturday front man and triple Gold Logie winner Daryl Somers.

O’Connor says the do or die decision to go professional has been in the pipe-line for the past five years, since the company began staging productions at QPAC.
“That was when we decided we ought to bite the bullet and focus on staging a professional musical theatre season,” says O’Connor (below).

“Musical theatre has always been a personal passion for me, but I also happen to believe that this is what Harvest Rain does best.
“When I look back at what we have achieved over the years, the greatest successes have often been musicals.
“There’s other companies doing good drama such as La Boite and the Queensland Theatre Company, so when QPAC’s chief executive, John Kotzas, suggested we consider concentrating on mainstream accessible musicals, it seemed like a logical step.
Kotzas was thinking along the lines of Joseph and His Amazing Technicolor Dreamcoat, although the company had already staged successful productions of Jesus Christ Superstar Star, Hairspray, Hot Shoe Shuffle, Beauty and the Beast and then last year Oklahoma also starring Stenlake.
In fact Harvest Rain has been attracting headliners for some time including chair of the company’s board Simon Gallaher (Hairspray) and Amanda Muggleton (Blood Brothers) as well as nurturing new talent including Luke Kennedy and Naomi Price.
This year the line-up will be even more starry with a one million production of Cats at the Brisbane Convention Centre in July, starring Marina Prior.
The season ends in October with Queensland’s premiere production of Monty Python’s Spamalot starring Jon English and Simon Gallaher who appeared together in The Pirates of Penzance.
The much-loved Pirates was the first major season at QPAC’s Lyric Theatre when it first opened for business in 1985.
Spamalot at the Concert Hall will also feature Gallaher’s old on-stage cabaret co-star Julie Anthony who is coming out of retirement to play the Lady of the Lake.
So what makes Harvest Rain tick, and tick loudly enough, to attract such Aussie star names?
Well, there’s the donations and sponsors, which pay some of the bills, and an extremely successful youth theatre and training operation at the Mina Parade Warehouse in Alderley (where other productions are staged).
In January (2014), Harvest Rain will be extending its growing empire with the opening of its Hayward Street Studios in Stafford, where its training programs, rehearsals and administrative offices will be centred.
The complex will include a 110-seat rehearsal and performance space.

Then there’s the income from the 500 kids, rounding out the Cats cast, who pay for the privilege of appearing in the second blockbuster, which is tipped to be a record breaker.
But there’s also a band of true believers who have faith in Harvest Rain and confidence in its work as a frontrunner in the world of musical theatre.
“It is not just the star names on stage that make this company work,” says O’Connor.
“It is also the behind- the-scenes team who keep coming back time and time again to work with us because they know what we are doing is worthwhile.
“I am talking about talents of the caliber of lighting director Jason Glenwright, designer Josh Mcintosh, musical director Maitlohn Drew and choreographer Callum Mansfield.
“They are among the individual talents that make Harvest Rain what it is, because in the end our biggest investment is our people.”
O’Connor arrived at Harvest Rain as a 12-year-old with stars in his eyes in 1993, and has been with the company ever since.
In that time he has climbed to the top of the company’s creative and administrative ladder, and guided it towards its present fully-fledged professional status.
While the still youthful AD keeps those stars in his eyes shining, he is still a pragmatic businessman when it comes to guiding the company’s business interests.
“What works commercially are popular musicals, well-staged and produced with star names, but it doesn’t always work out and sometimes you have to make tough decisions, says O’Connor.
“We planned to stage a re-working of Shakespeare’s Twelfth Night, set in the 1950s and featuring classic Elvis numbers such as Heartbreak Hotel and Blue Suede Shoes, about now, but the show, All Shook Up, wasn’t selling.
“We decided to pull the plug despite all the work which had gone into the production and the show’s promotional campaign. When you are staging big shows such as Guys and Dolls, Cats and Monty Python’s Spamalot there’s got to be bums on seats at the end of the day.
“There’s a lot riding on these shows.
“Over the years we have learnt to do things cheaply but musicals are expensive.”
But it seems you can’t keep a good man down and O’Connor, despite the pressure, always bounces back with a cheerful quip.
“You know I had to sell all my organs to make this happen,” he says with an upbeat chuckle.

The musical fable Guys and Dolls, inspired by Damon
Runyon’s ode to New York, was first staged at the 46th Street Theatre on November 24, 1950, and ran for 1,200 performances. It won five Tony Awards, including best musical, and the 1951 Pulitzer Prize for drama. The show starred Robert Alda – Alan Alda’s father – Vivian Blaine and Stubby Kaye as Nicely-Nicely Johnson.
The songs by Frank Loesser included Runyonland, Sit Down, You’re Rocking the Boat and Luck Be a Lady.
The Harvest Rain production stars Ian Stenlake, Angela Harding and Daryl Somers as Nicely-Nicely. At the launch Somers acknowledged his old friend singer Ricky May who made the role his own in Australia. May died in 1988. Guys and Dolls runs from March 20-23. 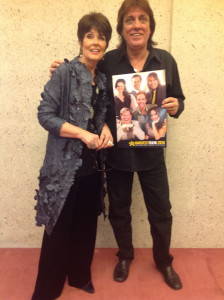 Andrew Lloyd Webber’s Cats opened at the Wintergarden Theatre on October 7, 1982, and played for 7,485 performances. It won seven Tony Awards, including best musical. While the show baffled some traditional Broadway patrons, the production had a big enough following to make it one of the most success shows of all time. The show’s big song Memory, performed by Betty Buckley in the original, will showcase Marina Prior this time around. Other songs include Jellicle Songs for Jellicle Cats, Bustopher Jones and Mr Mistoffolees. This arena spectacular is tipped to be the largest production of Cats ever staged in the southern hemisphere. The Harvest Rain production will feature a live band and more than 500 young performers from across south-east Queensland. Cats runs July 4-6. 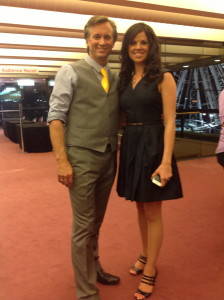 Monty Python’s Spamalot will bring together Jon English, Simon Gallaher and Julie Anthony. English and Gallaher will be celebrating the 30th anniversary of their first outing together in The Pirates of Penzance. Meanwhile, Gallaher and Anthony have appeared together in cabaret for many years. The musical was inspired by the 1975 film Monty Python and the Holy Grail and features the hit song Always Look on the Bright Side of Life from the movie Life of Brian (1979). The Spamalot show, written by Python Eric Idle, opened at the Schubert Theatre on February 14, 2005, and had an initial run of 1500. It won three Tony Awards, including best musical. The Harvest Rain production at the QPAC Concert Hall runs October 2-5.