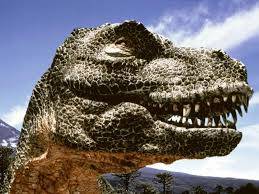 The Brisbane Anywhere Festival, which runs until Sunday May18, is as much about innovative ideas as unusual locations including swimming baths, hospitals and even sheds.

The one OCS nominated to catch was Melbourne honours student Nina Barry-Macaulay’s thought-provoking Meet Me at the Museum, which plays at the Queensland Museum and Sciencentre until Sunday (May 11).

Although the audience can be as many as 18, the morning I went along there was only three of us, but that didn’t detract from this impressive thought-provoking 40-minute show.

The action takes place around the museum with only an iPod and about five actors, who never speak, but represent characters described through ear-phone.

Barry-Macaulay has created an almost poetic story of childhood, love, philosophy and conviction as well as a telling account of how one scientist facesthe ultimately reality death.

As we walk around carefully selected departments of the museum, Amelia contemplates our place in the big natural picture of life and poses the simple question are we greater than nature itself?

The author has resisted the temptation to take a religious tack, but sticks to the simple equation of nature versus man’s scientific progress.

This is one of those shows which has one thinking, talking and dissecting its content long after the piece has concluded.

It also gives the audience a chance to see the museum – and indeed all museums and the like – in a brand new light.

This is theatre as technology, but on one should be overawed as ultimately the work deals with engaging universal questions, which are easier to pose than to conclude.

It really is an alternative to the traditional theatre – in ideas and conception – and should not be missed – before the theatre maker and dramaturge returns to her academic roots in Melbourne.

For more on the Anywhere Festival which boasts somewhere in the region of 50 productions check out:http://anywherefest.com