On Centre Stage: QLD Ballet is having a Ball

On Centre Stage: with  Douglas Kennedy.

The Queensland Ballet is having a Ball 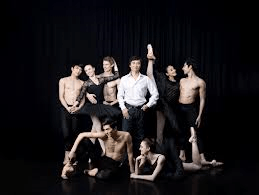 The Queensland Ballet is having its biggest box office year since Charles Lisner created the company in 1960 and two years later named it for the State.

As Cinderella opened last year to a sell-out season, under the auspicious of new artistic director, Li Cunxin, the company was able to announce that its first main house production for 2013 was a season sell-out.

The reception given the dancer turned administrator has been nothing short of phenomenal as the Chinese-born artist – who told his story in the autobiographical novel Mao’s Last Dancer later made into a film of the same name – has been greeted with adulation worthy of a rock star.

The AD, who is affectionately known as Li, launched his premiere main house season with his own mentor choreographer Ben Stevenson who is 2003 became artistic director of the Texas Ballet Theater.

His defection in American is at the heart of Mao’s Last Dancer, while his passion for Russian composer Sergei Prokofiev comes straight from the heart.

This lavish production, featuring the full company and the Queensland Symphony Orchestra, tells the classic story of poor little Cinders who discovered when her fairy Godmother helps her go to the ball.

The production is both funny and moving, but at the core of the story is Cinderella’s need to be found, a universal human need which could well touch the heart of a Chinese plucked from poverty.

The QB’s next main house production will be Giselle, which opens in Toowoomba before coming to Brisbane, and other shows during the year will include Elegance and The Nutcracker.

This debut season for Li is tipped to be a nutcracker of a year and tickets will sell-out fast.