ABC Kate Grenville QTC river secret William Thornhill by Caroline Russo | on March 3, 2016 | 0 comments | in On Centre Stage | Like it 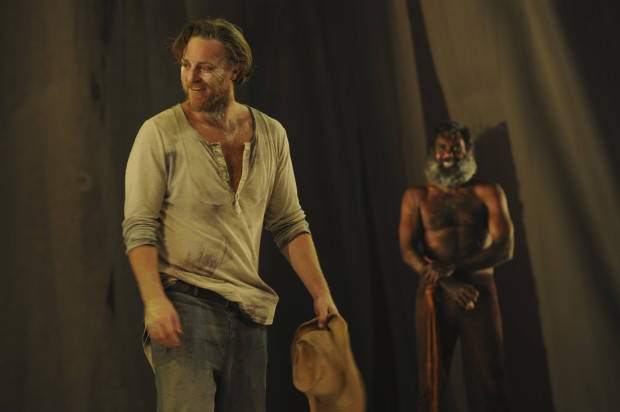 My Love is Not a Secret Anymore.

That gets them a Guernsey in the marketing machine, puts them on the marquee, and puts them on side with the promotional world.

Sometimes – more often than not – on opening night audiences stand up at the end of the show and cheer along ‘Bravo Bravo’ and that suggests an instant hit.

Much of the time that’s a pointer to nowhere, but this time around both those things happened and they were entirely appropriate.

Kate Grenville’s The Secret River is indeed a masterpiece – albeit a modern one – and while I felt ho-hum about the TV miniseries version of the book, I believe the stage version as good as the original if not better. 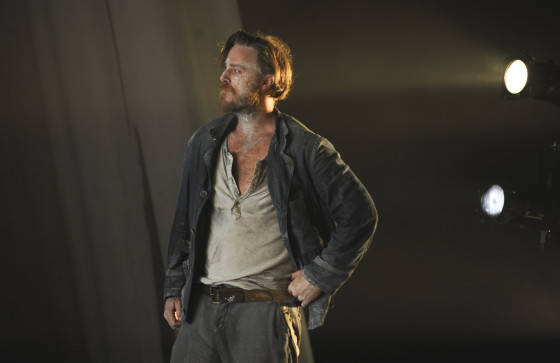 However, in its own theatrical way.

It is certainly the best and finest QTC production in recent times and will undoubtedly go down as one of the most memorable productions the company has ever produced.

Of course it has the credentials, Neil Armfield directs, and Stephen Page has a supporting directing role, among others, but overall it is a genuine altogether creative achievement. There are no weak links.

It is as if everyone feels the need to be as good as the greatness of the totally work.

For those who never read Grenville’s original book, or saw the TV mini-series, The Secret River tells the simple almost obvious – but often overlooked – story of white settlement coming to New South Wales.

Convict William Thornhill (Nathaniel Dean) and his free wife, Sal (Georgia Admanson), come to NSW at the beginning at the 19th century. He is looking for a new life, she is hankering for the old London life.

He gets a ticket of pardon and looks to land along the Hawkesbury as a salvation, but she hankers for London despite its coldness toward the workers and poor.

That’s just part of the division as the land is also home to the indigenous people who, under white settlement, where not only robbed of their land, but had no say in their rights.

It could be argued they still have no say.

However, writer Bovell and director Armfield make it all work as a play rather than a book or a TV show.

The Secret River (the play) doesn’t only show us a great piece of work but demonstrates why the immediacy of the theatre is so human and so important.

In film and TV – great mediums – we are always one step away from our connection with other humans, but the stage brings it into full focus.

The last 20 minutes of The Secret River – when the high drama of the piece has unfolded – is a stake revelation of the disconnect between the relationship of the white settler and the indigenous people of Australia.

Possible one of the finest productions the QTC had ever staged.