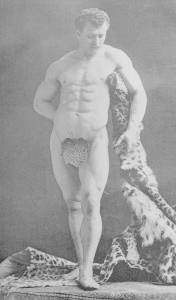 Sir Haulway Barrack Jones off to a fancy dress party and hoping to turn over a new leaf and impress some delightful young thing.

Oh What a Night: by guest columnist Sir Haulway Barrack-Jones

Sir Haulway Barrack-Jones reporting for duty having had a top weekend, boozing and conoodling and even finding time for a show or two.

I am, you know, the Universal Thespian – a sort of Dr Who of the theatre world – who travels through time and space in The Green Room meeting the all-time greats and not-so-greats.

I am resting in the spring of ’13, here in Brisbane writing my amorous memoir which covers an almost timeless history of the dramatic and sometimes foolhardy world of the stage.

My host, Douglas Kennedy, asked me to cover for him this week and being a sporting sort of cove agreed to do so.
However, before striking the old review mode, I thought I might toss out a few lines about myself as everyone keeps asking me questions, and I did promise an all-revealing memoir.

It really all began in the autumn of ’16 when I was taking a little bit of R&R in my favourite knockin’ shop, Madam Bovary’s, at 69 Robbers Lane, just off London’s Cromwell Road
Madam Bovary, who had been one of the great beauties of her age, but now had an enormous appetite and was known as the Tart with the Fart, had introduced me to Saucy Salmonella in the summer of ‘14. 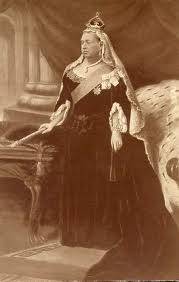 There was a huge fracas brewing across the waves – which someone would dub The Great War (what’s great about a war?) –and I knew that we couldn’t rely on channel fog to cut off The Continent for the duration.
So I was looking for a cozy bolt hole when I came across Madam Bovary’s little establishment and discovered the eternal joys of doing the horizontal tango with Saucy Sal.

I even took her to the Rosy Crown occasionally for a gin, but much of her conversation – about 99.9 per cent – consisted of ‘Wot’ and ‘‘Oh Hauly dear’ or even ‘Oh Hauly, you’re so funny.’

The last being my personal favourite in her repertoire.
It was rather endearing really on two counts as it gave me an opportunity to devote the conversation to my good self (a worthy cause), and at the same time suggested to me that Saucy Sal had an extremely inquiring mind.
I mean ‘wot’ must be the eternal human question, ‘wot’?

One of the first subjects I broached was her moniker, what we call in the business a ‘stage name,’ which I thought not rather flattering as Salmonella is general frowned upon even in the most robust social and health circles.

I wondered if she was meant to be Saucy Semolina – named for my favourite pudding at school and more appropriate to her rather pale complexion – and there had perhaps been what we in the business call a typo?
I began with an explanation of Salmonella and the conversation went as thus:
Me: Sal, Salmonella is a genus of rod-shaped, gram-negative spore-forming, predominantly motile enterobactia and flagella which grade in all directions.
Sal: Wot?
Me: They, the things, are chemooranotrophs obtaining their energy from oxidation and reduction reactions using organic sources, and are facultative.
Sal: Wot?
Me: Look Sal, most species produce hydrogen sulfide which can readily be detected by growing them on media containing ferrous sulfate such as TSL.
Sal: Wot?

Me: Well, Salmonella, put as simply as I can, it’s just not a nice name.

(pause)
Me: Well, I just thought you ought to know what your name actually means Sal. You’re calling yourself saucy food poisoning! It’s hardy going to pull in the punters.

Sal: Oh Hauly, you are funny.

Me: Nothing.
Sal: You haven’t got the pox have you Hauly?

Me: Of course not.

Sal: (cautiously) You do make me laugh. The things you say and all.

We had discovered a common language, where all genuine affection nests happily and contented.

Following that night-out Saucy Sal tended to communicate almost exclusively in her native tongue – body language – while I would chat on happily about moi-myme. 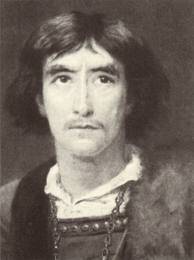 A marriage born in heavenly mutual satisfaction me thinks.

Anyway, let’s fast track to that night in the summer of ’14, when Saucy Sal made one of her few diversions from ‘wot’, and quipped: ‘Oh Hauly, what a nice night you make of it.’

It got me thinking ‘bout other things.

The horizontal tango was going up the wall, as it were, when my ire also started to peak.

I was reminded that only a little while ago that upstart Frankie Benson – who was such a show-off in sport and theatre and Greek stuff at Oxford – had been the first chap to be knighted on stage.

It was after an evening of Julius Caesar at the Drury Lane Theatre.
And I was furious.

I mean, I had met that Roman toff when Caesar Conquered Gaul in the summer of ’55 (BC) and I had found him to be a pushy, puffed up and arrogant man, who just wanted to knock people off and pinch their country without a by-your-leave.

Common.
How could a chappie get a knighthood for playing him, while I’d been the loveable Charley’s Aunt? It wasn’t fair.
Now, Henry Irving had got the first gong for theatre and I think he deserved it for putting up with that wife of his for so long.
The last straw came in the autumn of ’71 when she said to him, ‘are you going to make a fool of yourself like this all your life,’ and the chap just jumped out of his carriage.

It was somewhere near the Hyde Park.

He just walked off into the sunset, to coin a phrase, and never saw her again.

There was a lot of talk of yours truly getting the call when he did a regional tour of Charley’s Aunt in ’95 playing Fancourt Babberley and Charley’s aunt from Brazil, where the nuts come from.
I thought I was queuing up for a drink after the show when this woman – who appeared to be wearing my Charley’s Aunt costume – passed by, stopped, and starred straight at me.
I was still in the aunty costume and it was like looking in a blooming mirror.
I craned my neck forward as she did, our noses almost touched, and then we both learned back for better optical effect in a bid to get the bizarre double image into sensible proportion.
For a minute or so I really did think the Guv had placed a mirror front of me and then the whole effect became more than weird.

I became extremely irritated and rather annoyed.
I was truly miffed.
‘Hoy Guv who’s this dud in my costume, you’re not thinking of replacing me half way through the tour and dumping me here in Windsor.’ I shouted over her head.”
Then the penny dropped – ‘Gawd damn it.’
I was looking at Goodish Queen Vic.
Her gaze turned to stone as he body froze and she raised her head to mumble some decidedly un-regal remark before almost spluttering out something along the lines of ‘We are verbally abused Mr. Barrack-Jones.’
I tried to make light of it and said something like, ‘if someone used to clobber you your majesty, it was an awful shame.’
I smiled. She didn’t. More was needed.
‘Was it Bonnie Prince Bertie or that Scots fellow, Brown,’ I added in a heart-felt and concerned manner and then chuckled nonchalantly (for effect). (pause) Your majesty.
I wanted the whole thing to be every day, matter-of-fact and so unimportant and trivial.
I wiggled my shoulders around (once again for sympathetic effect).
In fact I wanted the whole thing to go away, but natural, and unnatural, disasters don’t work like that.
Do they?
Her whole body seemed to tighten into a missile as the Guv and a guardsman escorted me off for what we call in the business ‘a quiet word,’ which resulted in two broken teeth and a two-hour nose bleed.
No one mentioned the knighthood again – even when I was buying the drinks.
So in the summer of ’14 Saucy Sal bore witness as I was knighted by Madam Bovary in all my glory at my favoruite knockin’ shop at number 69 Robbers Lane.

Madam Bovary: On behalf of all my Saucy Sirens here at the Bovary establishment I bestow the title

And all the Saucy Sirens girls, who had gathered for the election, gasped as my fig leaf magically floated up into the air.

Madam Bovary charged me an extra twenty quid that night.
But, oh what a knight!
Which reminds me I must say a few words about the shows – but maybe next time.