On Centre Stage The Scottish Play is The Thing. 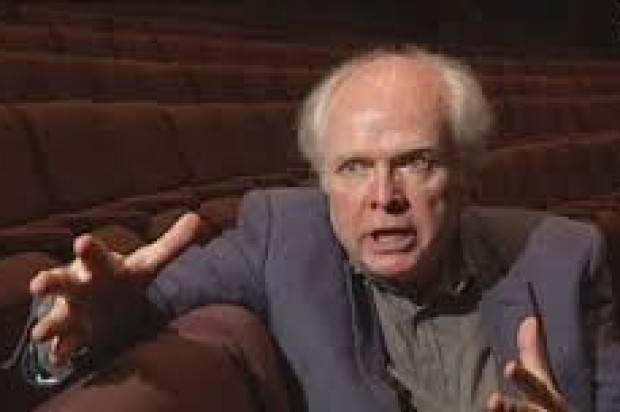 The Scottish Play is The Thing.

The Shakespeare show actors like to call The Scottish Play – because they fear terrible things if its name, Macbeth, is mentioned – is back in Brisbane.

Thanks to the Queensland Theatre Company, The Grin and Tonic Theatre Troupe and some State Government cash from the embarrassingly named, but worthwhile, Super Star Fund, acclaimed British stage director Michael Attenborough has been in our midst staging this new production.

This terrific outing – which will only be around until April 13 at the Playhouse Theatre QPAC – is certainly worth catching with a cast headed by Jason Klarwein as Macbeth and Veronica Neave as Lady M.

It’s a dark and brooding work – top door stuff – but as it ends soon, and I have been away (therefore unable to pen anything), I thought I would concentrate on the myths and legends surrounding Shakespeare’s shortest and maybe bloodiest tragedy.

I was lucky enough to do a 15 minute filmed interview with Attenborough before opening night and we chatted about the play’s reputation.

He quite rightly said it had been decided early to ignore the superstitions – the whole Scottish Play thing only happens in the dressing rooms anyway – and focus on telling the story.

(If the actor does say Macbeth there’s a whole silly procedure that has to be adhered to including going out, closing the door, turning three times and then saying something dirty and spitting according to legend).

It all goes back to those damned witches and James I – it was originally produced around 1606 – who is said to have believed their incarnations were a little too close to the real thing.

James, who was a self-confessed expert (he’d probably be a climate change sceptic today tapping into that unique brand of common sense that keeps self-styled experts in business), believed it was all too dangerous.

There’s is evidence of a litany of incidents associated with productions down the centuries, including accidents, deaths, suicides, violent storms, riots and even an assassination.

One of the most dramatic incidents in New York back in 1849 took place when UK actor William Charles Macready and America’s Edwin Forrest slugged it out to see who would be the best Macbeth.

The two men playing the roles in the same city prompted Forrest fans to throw fruit and chairs at the Astor Place Opera House – where Macready was playing – and initiate a riot.

The militia was called and fired on the crowd, which caused a full scale set to. At the end of the night 25 people were dead and around 120 injured.

Perhaps a less convincing story is that on April 9, 1865, Abraham Lincoln was reading from Macbeth – the scenes following King Duncan’s assassination – and within a week he himself was shot down by actor John Wilkes Booth.

What if he had been reading from Romeo and Juliet?

A lighter Macready Macbeth yarn unfolded in London when the actor playing the role would come off stage each night and dip his hands into a bucket of fake blood (during the battle scenes).

The story goes that one night his valet – who was AWOL – wasn’t there, but a friend of one of the backstage helpers was handy.

The story goes that Macready – who only had a second – thumped him hard on the plonker and caused a huge nose bleed of which the actor took full advantage.

Macready later gave the hapless fellow a shilling and apologised but the man – a local trader and fan – was happy to oblige.

Unfortunately, I didn’t have the technical wherewithal to post my interview with Attenborough – filmed by Entertainminute’s Chris Herden – but I gave a copy to the QTC on a memory stick.

Oh, we also asked cheekily if Prince Charles might bump off his mum one day and snatch the British throne. Much mirth.

Maybe one day we’ll overcome the technology and post the interview?