ballerina Frankenstein living dolls Paris Opera by Caroline Russo | on May 7, 2014 | 0 comments | in On Centre Stage | Like it 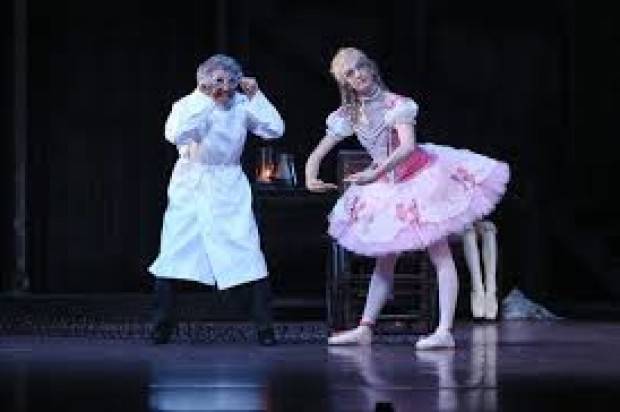 Watching the first Queensland Ballet mainhouse production for the year, Coppelia, was a gentle reminder of how fleeting and uncertain life was in the 19th century.
Somehow, through viewing, my mind began to wander – to move away from the fairy tale world of that enchanting pretty-as-a-picture and engaging ballet experience – to the savage world of infant mortality and premature death so common in previous eras.
My mind moved swiftly from the escapism of a charming night at the cream of 21st century Brisbane ballet theatre to the haunting world of 19th century mortality.
This is how my journey took place as the curtain went up last week on the new QB production of a classical ballet, first staged in Paris in1870. 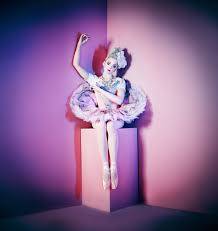 Choreographer Greg Horseman has taken the popular ballet, based on German writer E.T.A. Hoffman’s story The Sandman, and given it an Australian context as well as a motive for the disturbed doctor’s behaviour.
The original ballet, featuring the music of Leo Delibes, tells the story of the mysterious Dr Coppelius who creates a mechanical doll, which is so convincing that it becomes the ‘other women’ in the relationship between small town boyfriend and girlfriend Franz and Swanilda.
In a bid to give the ballet an Australian flavor, Horsman has Dr Coppelius emigrate from Germany to Hahndorf in South Australia with his daughter Coppelia.
The prologue starts with a tragedy as the delicate Coppelia’s fragile health deteriorates en-route and she dies in her father’s arms (brilliant depicted in a series of striking projected drawings).
When Coppelius (wonderfully created by guest artist character dancer Paul Boyd), arrives in South Australia he is so grief stricken that he shuns the loveable German community and conceives the idea of creating a mechanical replica of Coppelia.
The storyline returns to its traditional telling when Coppelia blows a kiss to Swanilda’s sweetheart Franz.
The gesture has Franz smitten, Swanilda engaged and everyone else intrigued as the principals start their fairy tale journey.
Eventually Swanilda has to assume the guise of the mechanical doll to win back Franz’s heart.
There’s some wonderful acting, even some comedy, and some wonderfully energetic and lively classic dance from QB stars such as Hao Bin, Huang Junshuang, Clare Morehen, Rachel Walsh and guest artist Qi Huan.
Huan’s credits include stints with the Beijing Dance Academy and the New Zealand Ballet.
The dancing is splendid, the show’s look – including costumes – striking, the music engaging and the humour (especially in the second act) chuckle worthy.
However, for all that, I couldn’t get the dark initial premise to the revised story out of my mind.
The reality is that people living in the 19th century – and before – expected their children, or at least some of them, to die.
So I decided to do my own fact check and discovered an extremely informative website.
It spelled out that at the end of the 18th century only 78 out of one thousand Europeans would die of old age.
“In the mid-19th century, nearly 30 per cent of German infants died before their first birthday, “the site stated.
“Although death rates slowed after the first year, children and young adults still died at high rates. In fact, in the mid-1800s, life expectancies were only in the high thirties or early forties.
“Despite this, some people, of course, did live to be quit old.”
High infant mortality rates plagued communities throughout Europe until the beginning of the twentieth century.
Even in the middle of the 1800s, a quarter of all babies born in many European countries died before their first birthday.
At the start of the nineteenth century in France, less than one half of children lived to be ten years old.
Of course, while young and infant death was a part of everyday life, people – mums and dads – still felt the pain of loss as did Dr Coppelius in Horsman’s revised scenario. 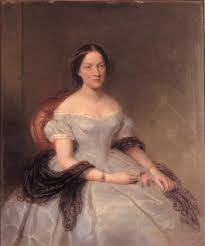 It is interesting to note that the creation of the mechanical doll was a phenomenon of the 19th century and one can’t help but wonder if that was in many cases wishful thinking on the part of inventors.
The most macabre literary creation of the 19th century was not that of a mechanical doll, but rather a living replica of human life with Gothic undertones.
Interestingly, when writer Mary Shelley penned her classic novel Frankenstein in 1818 –at the age of 20 – she had already endured several miscarriages.
Mary, who had been travelling through Europe with husband-cum-lover Percy Shelley, was said to have written the novel as part of a ghost storytelling exercise with the poet and his great friend, Lord Byron, (another of the Romantic poets) but was there an underlying motive?
Some commentators have argued that Mary had created Frankenstein’s so called Monster in a fleet of fancy on the superhuman ability to create life, and of course, defy death.
Their wanderings through Europe in the early part of the 19th century seems quite romantic on paper, but it was a tough and punishing lifestyle which took its toll on the pair.
Coming back to Coppelia, it is interesting to note that the ballerina, Giuseppina Bozzacchi, who first created the role of Swanilda at the age of 16, died on her 17th birthday in 1870.
The Paris Opera – that employed her had closed due to the Franco-Prussian war- and the Italian born dancer, who had no money, was starving when she contracted smallpox and fever.
The Horseman twist in the prologue, which has the real Coppelia dying, gives this production a darker side and for my money more gravitas.
The idea of creating a living doll – albeit mechanical – to re-create a dead daughter is slightly chilling in its own right, although hardly as horrific as the Frankenstein saga.
Coppelia continues until May 10 and, honestly, it’s not really as dark as this article might suggest, but rather more thought provoking than a simple fantasy. 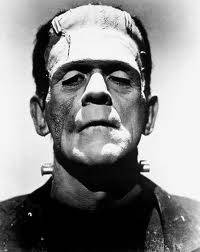