exclusive Mosquito State. Shudder by Caroline Russo | on August 27, 2021 | 0 comments | in Streaming | Like it 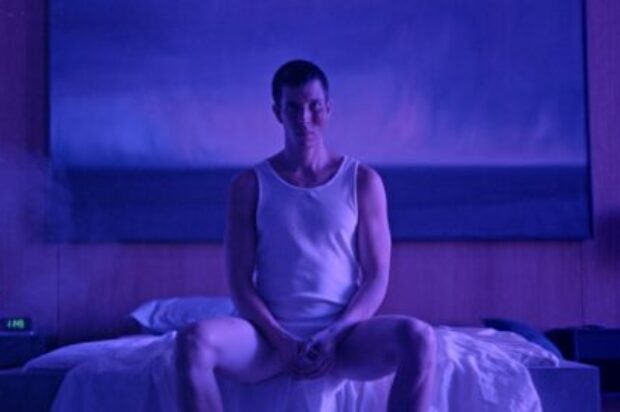 On Wall Street, they’re called “quants”—the intense data analysts whose mathematical prowess can make the difference between a fortune and a flop. Consumed with his work, Richard doesn’t often stray from his office or apartment. But when Richard decides to go to a company party, he makes two acquaintances: the mysterious, sylphlike Lena (Charlotte Vega) and one pesky mosquito, both of which take root in his mind, altering his existence in profound ways.

Finding common ground between Franz Kafka, David Cronenberg and Mary Harron’s AMERICAN PSYCHO, director-screenwriter Filip Jan Rymsza (Producer of THE OTHER SIDE OF THE WIND) emerges with a new kind of body horror, set during a single week of an exquisitely rendered pre-crash 2007 replete with signs of socio-political and economic rot. A hypnotic plunge into the fragile mentality of an individual who can see patterns long before the rest of us, MOSQUITO STATE adds a significant chapter to the subgenre of urban isolation.