ac Comedy HACKS STAN STRAMING TOP PICKS IN FILM Women in Film by Caroline Russo | on August 12, 2021 | 0 comments | in Streaming | Like it 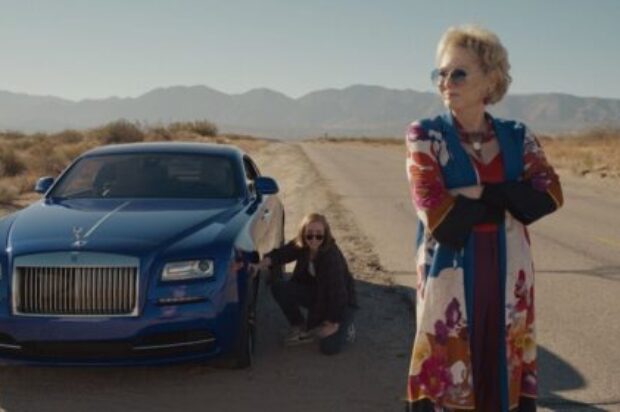 This is one hell of a good show folks’ where I binged and laughed all the way through in STAN streaming release of HACKS. Jean Smart and Hannah Einbinder are without a doubt made for one another in this comedy duet that delivers such delish lines that I wonder how each got through a film shoot when they were on fire with each other, which is most of the time in this smashing hit show!

What happens when you put an older pro comedian who had a great career and is still in the game working hard to stay in it that is Deborah Vance. Vance role does give a simalar crossovers to the icon female shock comedian Joan Rivers who held the crown of one of the funniest and crudest women comedians in LA. Bring Ava to the mix 25 years old who has attitude plus and wit and is on skit road due to being reckless to her last job on insult, and is on her last chance to be signed off by agent to do comedy writing and is sent to Vance.

From there on you are on fast pace ride with comedy that is written by masters that have collectively made Hacks stand out.

Writers Lucia Aniello, is a producer and director, known for Rough Night (2017), and Broad City (2014) and Paul W. Downs actor who stars as Ava agent and co-writer who have alredy been recognized for this show, as it is the sharpest writing I have seen in a while.

I have been a fan of Jean Smart in most things I have seen her in, but for Einbinder she will be now on the hotlist as her performance is amazing and her fame has been lit with the casting of Hacks.

Don’t delay on this if not seen it yet and if in a lock-up this will no doubt bring the correct medicine to enjoy a night or two to see some good quality TV series and hope there is Series 2 coming.