One of the Best Shows …Kurios – Cabinet of Curiosities by Cirque Du Soleil: 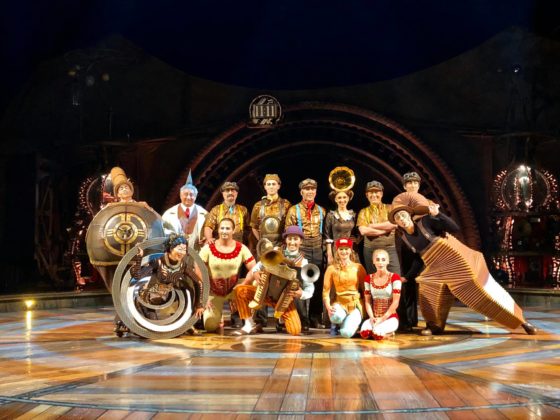 Cirque Du Soleil is back in Australia – and in particular Brisbane until February 23 – with a show that ranks among one of its best.

The stand out features of Kurios – Cabinet of Curiosities – includes its stunning visual look, drawn from the Victorian world of fantasy, its array of larger-than-life characters and a first-class musical gypsy jazz, electro-swing soundtrack.
More than 100 customs were created for the Kurios cast along with 426 props, but it is the performers who ultimately steal the show.

There’s a Russian cradle duo with strongman and porcelain doll, an aerial cyclist as well as Australian Rina Hadchiti who plays Mini Lili. A 3.3 feet tall little woman deemed to be one of the smallest people in the world.
She lives inside the overcoat of the rotund Mr. Microcosmos who embodies technical progress 19th-century style.

Then from the world of wonder, there’s Chercheur The Seeker, who believes in an invisible world, where ideas are two audacious to be shared, so surrounds himself with assistants including Kurios Winch and Kurios Plunger, built from scraps and recycled parts.
The characters in this imaginary world just go on and on from Klara, with her radar-inspired hoop skirt, to Nico the shy and awkward Accordion Man. It’s a fast and furious two hour and 20 minutes show with a constant stream of breath-taking acrobatics from every corner of the world.
This is seeing is believing entertainment at its best which defiles everything from logic to reason and leaves its audience in a spin.

If you never see another Cirque Du Soleil this is the one to catch as it comes from another world and has been tagged as Jules Verne meets Thomas Edison universe in a future past.
Ultimately it works best when you just lean back, let the action and characters wash over you and enjoy. 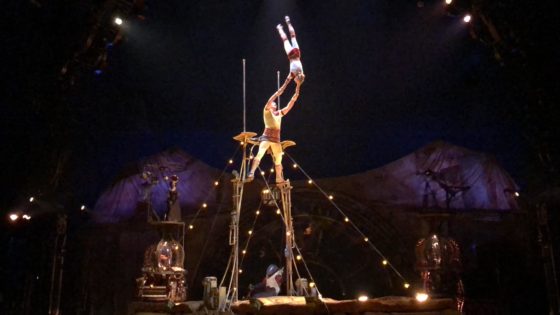