Byron bay talent concerts and gigs thought I could universal Island Music YORKE by Caroline Russo | on June 14, 2019 | 0 comments | in Music Reviews | Like it 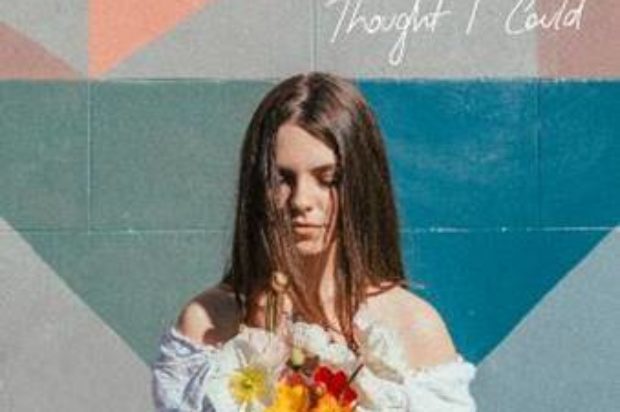 “…she’s already solidifying herself as one of the promising new names in the country.” – The Interns

“Yorke is well on her way to the top.” – Futuremag

Fresh from supporting Ruel on his national tour and days until she joins Jack Gray on his East Coast tour, Yorke today releases her new single ‘Thought I Could’ as well as announces her first ever headline shows.

Since launching, the Byron Bay based singer-songwriter has given listeners a bold string of singles that follows her finding her feet in adulthood which can always be a confusing and daunting time. Floating in a confident indie-pop dream space, she embraces her vulnerability and provides a glimmer of hope through her captivating sound.

After premiering her debut single ‘First Light’ towards the end of 2018 she continued the bold and cinematic soundscape with ‘Wake This City’ which was hand-picked as the TV sync for the new season of 9-1-1. This track heard her dabbling with dark synths and beats whilst layering them with smooth pop melodies.

With her new single ‘Thought I Could’ Yorke further explores this sound with a sense of hopefulness riding through the hook. “Always wanted to leave this place but I never really thought I would. Always dreaming of wider spaces, I never really thought I should” and addresses the real thought of telling someone she is leaving her hometown. The bold and cinematic production is elevated by the dark keys, punchy drums and the big chorus that ignites the hook. It becomes an anthem of hope and celebrates the idea of dreams coming true as well as the sacrifices that come in turn with that.

Cowritten with Andy Hopkins and mixed by London based Mark Rankin, ‘Thought I Could’ was conceived on the anxious spring night that ‘First Light’ was released.

“We were in the studio watching it being released around the world, while we were trying to write this song. I was panicking at the time, but I think it added to just how vulnerable the track has become”, she admits. As they worked from 9pm to 3am they dived into the raw emotions that she was riding of having to move to Sydney for her music from her hometown in Byron Bay. “I had to tell someone that I was leaving, and I was really nervous about that going into the session. So, we just used that as fuel for the song to find what I wanted to say to them”.

Ever since writing the coming-of-age track, Yorke is in-between Byron Bay, Sydney, Melbourne and Brisbane crashing between friend’s houses bringing her artistic vision to life. She has found her real home though through her music and that’s evident in the pure heart she embodies through these early beginnings.

There’s a sign of hope in this uplifting story but she encourages the listener to find their own meaning. “I think that’s the power of music people being able to get so many different things out of someone else story”. she admits.

Between her solo releases, Yorke teamed up with Kilter for an electronic segue on ‘Overdrive’ which heard her implementing her emotionally vulnerable lyrics with Kilter’s tight EDM production. This collaboration perfectly prepares her for more live shows as it diversifies her bold pop sound and adds some slick festival vibes.

With the release of ‘Thought I Could’ she will have new and old fans eager to see what comes next in this evolution of self-discovery as she continues her reign as ‘one to watch for 2019’ from the likes of YouTube, Cool Accidents and Pilerats.