OPENING NIGHT OF ROMEO AND JUIIET AT ROUNDHOUSE THEATRE

BRISBANE ARTS la boilt ROMEO AND JULIET THEATRE PLAYS BRISBANE what on by Caroline Russo | on May 29, 2019 | 0 comments | in Entertainment | Like it 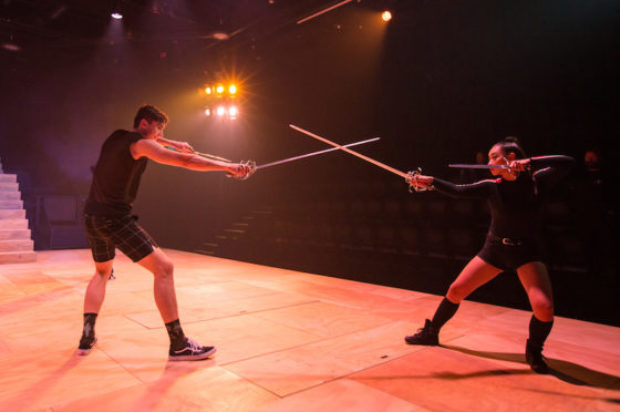 Two families at war, two teenagers in love and a three-day affair that ends in six deaths.

La Boite Theatre Company explores young love’s violent delights and their violent ends when it brings William Shakespeare’s Romeo and Juliet to the Roundhouse Theatre from 25 May – 16 June. The opening night is always a tough night and what is a one of the most classic Shakespeare plays Romeo and Juliet which has been put together with a cast of seasoned actors and final year Queensland University of Technology (QUT) acting students under the direction of La Boite’s CEO and Artistic Director Todd MacDonald has had a mixed review following the play of what is a modern adaptation. .

“We’ve taken a classic play and looked at it through a contemporary lens and the result is a production that is physical, visceral, relevant and really accessible,” Mr MacDonald said.

Emerging actors are Darcy Gooda as Juliet who tonight was not right there in her role and overall feeling was hard to identify her as Juliet while Jackson Bannister, as her Romeo was stronger lead and carried his lines well and had an electric presence on stage.

“When La Boite approaches a classic work, we look at how we can make it relevant and relatable; how we can get it to truly vibrate and resonate with a contemporary audience.
“I would argue that of all Shakespeare’s works, Romeo and Juliet is the one that has dated the least. It’s about love – and what could be more universal and timeless than love?”

La Boite’s in their further comments on this modern take on Romeo and Juliet is that it is a new adaptation of the classic, rather a judicious edit of the original, cloaked in a contemporary look and feel.
“When you approach Shakespeare, my belief is you’ve got to attack it to keep it relevant, keep it sharp and keep it clear,” Mr MacDonald said.

It is 95 minutes straight it has a great stage art design and this is worth a visit to see as this can only get tighter and better for the season run. 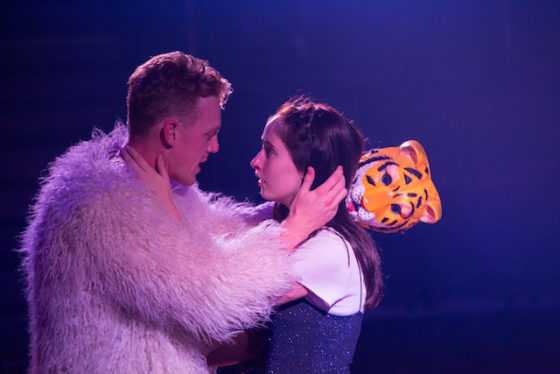