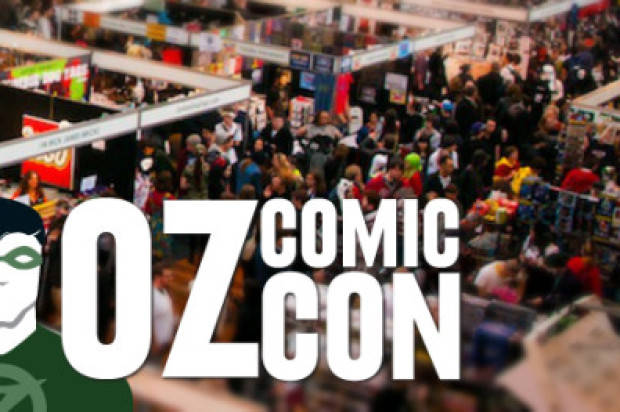 In the lead up to this weekend’s convention, Hush Hush Biz conducted interviews with guests of Oz Comic Con 2015, Tim Rose, Dante Basco, Rob Maschio and Sam Lloyd. Tim Rose, best known for playing the role of Admiral Ackbar, the supreme commander of all space forces for the Rebel Alliance in the sequel ‘Star Wars Episode VI: Return of the Jedi’. As well as other notable projects Sesame Street, The Muppet Show, The Dark Crystal, Howard the Duck, Return to Oz, Teletubbies and Walking with Dinosaurs just to name a few.

He announced today that he will star in the latest Star Wars installment Star Wars: Episode VII – The Force Awakens. “I can officially say I am in Star Wars 7- The Force Awakens.” This incredible news will get fans excited by being a part of the next Star Wars blockbuster. Tim explained how he got started in the industry and his love for puppeteering and character animatronics, as he puppeteered the characters of Sy Snootles and Salacious Crumb in the Star Wars franchise.“It will be like Christmas morning when the film is released and will be everything the fans are hoping for.” 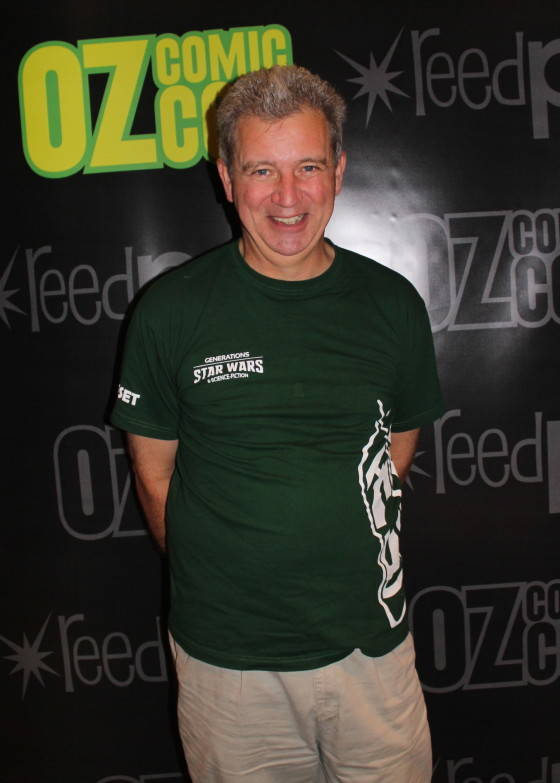 “I took acting and directing as my degree in university but I only did that to be a better puppeteer,” Tim said. He did not know what his career path was going to be growing up, but discovered puppeteering late in life and grew a passion for the art. Tim did not want to be pigeon-holed into one art-form because he could sculpt, write and act. “I could do all the things I loved doing as a kid.”

Tim said in his long successful career his biggest challenge is not only doing one facet of the industry, he loves to be the designer, performer and technician. He got into ‘The Muppets’ for that reason and fought to be multi-talented in the entertainment industry. “I am very proud how much I’ve been able to do on both sides of the camera,” Rose said.

Tim is excited and ready for the convention this weekend as it’s his first time in Brisbane and thoroughly enjoys meeting the fans who have supported him throughout his career. 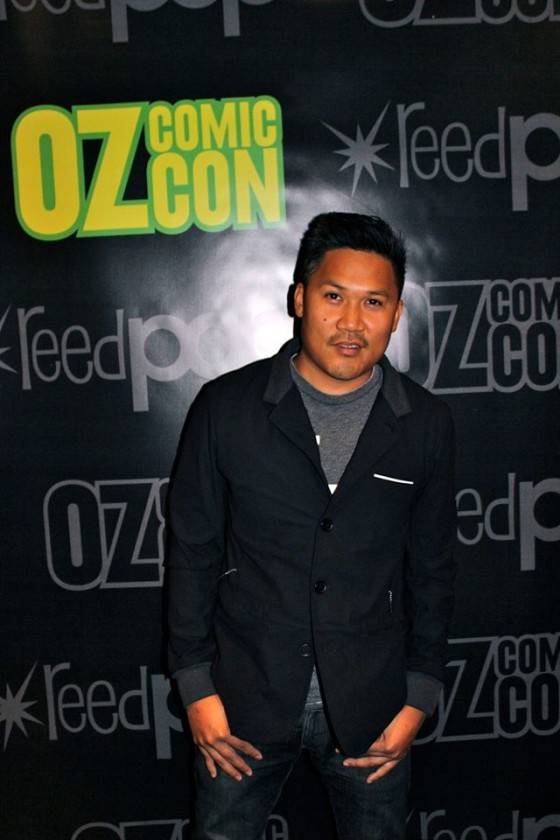 Hush Hush Biz then spoke to Dante Basco who is most famous for his role as Rufio in the 1991 live-action film ‘Hook’. Also known for lending his voice to television shows, Nickelodeon’s Zuko in Avatar: The Last Airbender and Jake Long from Disney’s American Dragon: Jake Long. He talked about how he started in the entertainment industry as a break-dancer in the streets of San Francisco with a group called ‘The Street Freaks’. “We became one of the most popular groups in the 1980s which led to working for The San Francisco Ballet and the 49ers,” Basco said. Opening him up to the world of acting through dancing.

Dante’s role in ‘Hook’ with Robin Williams and Stephen Spielberg was his most memorable role and that success shaped his career as an actor today. “It was a platform at a young age that set you off and you become known for something, this was a long lasting character for me.” Basco mentions that the fans 10 or 20 years down the track still love these iconic characters coming to Oz Comic Con conventions. The late Robin Williams was the star of ‘Hook’ and taught Dante many lessons about how to be a leader on set and was a big influence and inspiration to him. In his life whether it was a camera or a microphone he said he always gave an honest performance.

Dante has a few films being released in the coming year one called ‘The Head Thieves’ and has recently wrote a romantic comedy play being produced in L.A called the ‘Midnight Makeout Sessions’, and lastly has the first three films, Man Up, Hang Loose and Paradise Broken from his production company Kinetic Films out on Itunes now. 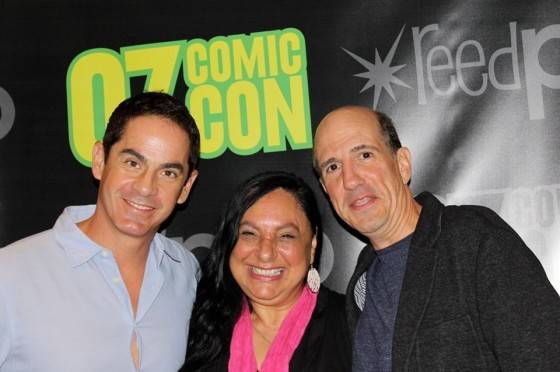 To conclude we interviewed comedic actors from the hit sitcom ‘Scrubs’, Rob Maschio and Sam Lloyd. They were both part of the show for the duration of the series almost ten years. Very fun to speak with and let us in on the entertainment and comedy world. Rob Maschio played Dr. Todd Quinlan the hypersexual surgeon on Scrubs and appeared as a guest on numerous sitcoms, for instance Spin City and Veronica Mars. He explained as he bounced off Sam that five years after the show ended they are still asked to come to a convention like Oz Comic Con and the show still resonates with people. “We love to meet fans who love the show because we made them laugh at one point in their lives,” Maschio said.

Sam Lloyd is most famous for his portrayal of beaten down lawyer Ted Buckland in ‘Scrubs’ and has also starred in some incredible sitcoms in his time, like Spin City and Malcolm in the Middle to name a few. As well as his music career with his band ‘The Blanks’ who did Acapella and performed songs for the show, Scrubs. Sam recently has been delving into theatre playing Nathan Detroit in Guys and Dolls. He also is the nephew of ‘Back to the future’ actor Christopher Lloyd, telling us his father got Christopher his first role in the theatre and has been a big inspiration to him.

Lloyd and Maschio gave great advice for aspiring actors in the entertainment industry. “Do everything you can whether it is for free or if you are being paid and you have to put yourself out there,” Lloyd said.”You might begin as an actor in the theatre but then realise that you are good at directing or producing, I have a handful of friends who started as actors and are now successful writers,” Maschio said.This comedic duo left us in stitches and are very excited to be at Oz Comic Con this weekend, sponsored by fans of Scrubs, Gifts for the Geek.

Oz Comic Con will take place at the Brisbane Convention and Exhibition Centre this weekend the 19-20th September 2015 get your tickets here: Oz Comic Con Brisbane