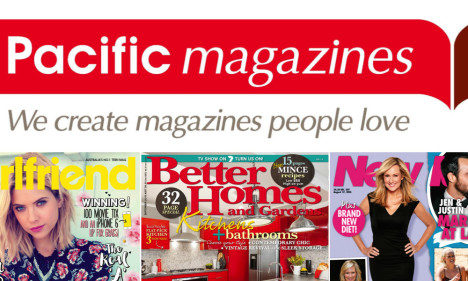 The magazine landscape has had another change as to merger that the ACCC has given the green light for Bauer’s $40 million purchase of rival Pacific Magazines after the final decision, which was understood to be handed down in April.

In a statement this morning, the ACCC said it “had concluded that the proposed acquisition is unlikely to substantially lessen competition in any market.

“Magazine publishers have suffered significant and progressive circulation and revenue declines in the last ten years, which has resulted in less investment in content and fewer retail promotions. In particular, the ACCC noted that significant circulation and revenue declines in the last few years has resulted in the closure of magazine titles, with further magazine title closures in the future regardless of the proposed acquisition,” the statement read.

The Australian Competition and Consumer Commission (ACCC) had initially expressed concerns about the $40m acquisition, flagging that the publishers have titles which are in direct competition with each other. By coming together, the watchdog said quality and the number of available titles could suffer.

Despite the crossover in content, Bauer and Pacific’s magazines will sit under the same roof now
Now, however, the watchdog has given it the green light, and Seven West Media anticipates the sale will be completed as soon as 9 April.

The watchdog noted the crossover between titles such as Bauer’s Woman’s Day and Take 5, and Pacific’s New Idea and That’s Life, but ultimately determined the transaction was not likely to substantially lessen competition.

ACCC chair Rod Sims said magazine titles were likely to close regardless of this deal.

“The significant declines in the circulation and revenue experienced by many magazines are sustained, substantial and likely to continue, resulting in less investment in content and fewer retail promotions,” he said.

“We note that some magazine titles have already closed, and others are likely to follow, regardless of this deal.”

The ACCC also decided that the content produced by both Bauer and Pacific Magazines was also available from other sources, so it was not vital that the competitive tension between the two was sustained.

“Ultimately, we determined that although there us a notable level of competition between the particular print titles, the transaction was not likely to substantially lessen competition because publishers in other media, particularly online publishers, will increasingly compete with Bauer.”

The ACCC noted that while consumers claim to value the tactile nature of print magazines, they actually aren’t often frequent purchasers of the titles.

The deal’s approval is a win for Seven West Media’s managing director and CEO James Warburton, who has faced numerous hurdles including this transaction’s delay and the postponement of the 2020 Tokyo Olympics.

He said today’s deal offered value to both parties.

“We welcome today’s regulatory approval of the sale of Pacific Magazines to Bauer Media. This transaction provides $40m in cash consideration (pre-adjustments and leave provisions). Additionally, the $6.6 million of advertising we are receiving from Bauer over three years further enhances the value of the sale, allowing the titles to continue to reach the valuable audiences SWM commands,” he said.

“Pacific Magazines has always been an important part of Seven West Media and will leave a lasting legacy, and I want to personally thank the hard working and dedicated team who have worked tirelessly to transform the business in response to changing market conditions. These efforts mean that Pacific’s assets will have a bright future as part of a larger group with Bauer, and SWM will maintain a relationship through the successful television show Better Homes and Gardens.”