elvis NSW EVENTS 23 parks elvis festival by Caroline Russo | on December 5, 2022 | 0 comments | in Entertainment | Like it 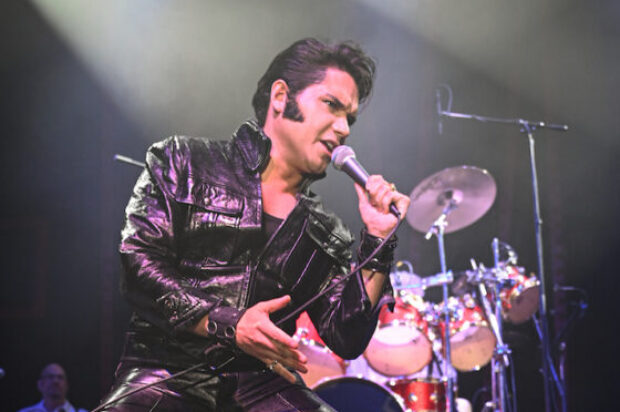 Celebrating 30 years of rockin’ and rollin’, Parkes Elvis Festival is fast approaching! Australia’s largest celebration of The King returns to the regional town of Parkes, NSW for a festive five days from Wednesday 4 – Sunday 8 January 2023.

This year’s Festival theme is Blue Hawaii, dedicated to Elvis’ 1961 musical hit, which will see Parkes transform into a tropical paradise. Festival attendees are expected to dress to impress with a sea of Hawaiian shirts, leis and grass skirts taking over the regional town.

Fanatics of The King will be able to view collections of Elvis themed props and items from the Festival’s early years in a display. Open every day of the Festival, the display will feature props and life-size house sets from Warner Bros. including the famous Jungle Room, Carnival of Mirrors and the world’s largest hound dog from Baz Luhrmann’s movie Elvis. There will also be items from the Bendigo Art Gallery’s recent Elvis: Direct from Graceland exhibition including a replica of Elvis’ own portico from his home in Graceland. Fans will also be able to see an array of memorabilia, pictures from the early years of Parkes Elvis Festival.

This year’s Feature Concert Series will see Dean Z and Victor Trevino Jr, two of the world’s best Elvis Tribute Artists, entertain crowds across each day of the Festival.

The beating heart of the Festival, Cooke Park, will once again play host to incredible free live shows with U.S. Elvis Tribute Artist Alex Mitchell headlining on Thursday. Catch Damian Mullin , Dean Vegas and Mark Andrew on the Friday night; and on Saturday night, Jack Gatto celebrates the 50th anniversary of Elvis’ Aloha from Hawaii concert with a special recreation of the concert.

Ross Wilson, founder and frontman of the long-standing rock groups Daddy Cool and Mondo Rock will be inducted to the Wall of Fame. The Eagle Rock-ing music legend will be joined by three other Australia music legends; Brian Cadd, Russell Morris and Joe Camileri to perform a special concert on the opening day of the Festival to kick-start the five days of festivities.

For the more adventurous Climb Me a Mountain Rock Climbing and a new stretch and strengthen class to the ballads of Elvis.  Thrill-seeking fans of The King, decked out in their finest Elvis costume will rain down from the heavens with a new skydiving event by Sydney Skydivers also added to the Festival line-up.

The preliminary round of the international Ultimate Elvis Tribute Artist Contest also returns in 2023, with leading Elvis tribute artists from Australia and abroad battling it out at Parkes Leagues Club. Officially endorsed by Elvis Presley Enterprises, Inc, the winner will represent Parkes in the Semi-Final round of the 2023 Ultimate Elvis Tribute Artist Contest in Memphis, USA, during Elvis Week in August.

Festival Director, Tiffany Steel said, “We are super excited to deliver one of our biggest ever programs to celebrate the festival’s 30th anniversary in 2023. The whole town of Parkes gets so much joy out of welcoming tens of thousands of visitors each year and we all look forward to having people come from all over the world to join us for five days of Elvis entertainment.”

Minister for Tourism Ben Franklin said the Parkes Elvis Festival was an event that visitors can’t help falling in love with each year.

“The Parkes Elvis Festival is one of Australia’s most iconic events, bringing thousands of people from around Australia as well as internationally to the Parkes region,” Mr Franklin said.

“It offers an unbeatable mix of music, costumes and entertainment, combined with country hospitality. I encourage Elvis lovers to dust off their blue suede shoes and secure tickets before they sell out.”

Minister for Regional Transport and Roads Sam Farraway said the NSW Government is proud to support the 30th annual Parkes Elvis Festival, which is a significant tourism drawcard that provides a major boost to the central west economy.

“Since 2004, NSW TrainLink has been supporting the festival with a specially branded XPT for the return journey to and from the iconic festival in the state’s central west,” Mr Farraway said.

“The NSW TrainLink Elvis Express train service is the only way to arrive in style for the Festival. Each year, hundreds of travellers converge on Central Station for a morning of live entertainment before hopping aboard trains to Parkes.”

The NSW TrainLink Elvis Express train service is the only way to arrive in style for the Festival, departing Sydney’s Central Station on Thursday 5 January 2023. Each year, hundreds of travellers in bejewelled jumpsuits and poodle skirts converge on Central Station for a morning of live entertainment before hopping aboard trains to Parkes, serenaded all the way by Elvis Tribute Artists.

Starting as a small get-together between like-minded Elvis fans in 1993, the Festival has grown today into an internationally renowned phenomenon, recognised as one of the top events in Australia and attracting over 25,000 fans from Australia and the world.

The Parkes Elvis Festival is proudly supported by the NSW Government through its tourism and major events agency, Destination NSW.

For all programming and ticketing information, visit www.parkeselvisfestival.com.au.