Italian singer Neapolitan Patrizio Buanne pop by Caroline Russo | on February 29, 2016 | 0 comments | in Concerts | Like it 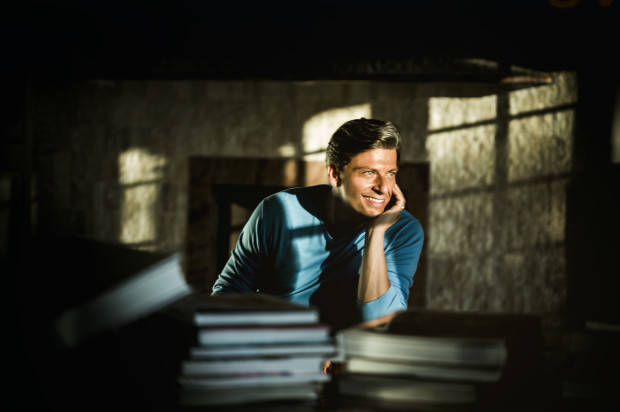 “You’ll feel like you’re in a Scorsese movie.” Time Out NY

“This international singing sensation is going to be around a very long time so learn the face, learn the voice, learn the name…PATRIZIO!” – Larry King

Ten years after the very first of many sold out Australian tours, and continually in demand in Europe, Asia, South Africa and the U.S., Dainty Group celebrate the welcome return of Australia’s favourite Neapolitan pop crooner, Patrizio Buanne.

Straight from Europe on his fifth World Tour, Patrizio will perform a series of very special shows this June including a one night only concert in Queensland Performing Arts Centre’s (QPAC’s) Concert Hall on 13 June 2016.

Patrizio will revisit some of the biggest hits from his back catalogue of well-loved albums and debut some new classics to coincide with the release of his upcoming album Bravo Patrizio (in stores 22 April, 2016).

Over the past decade, with several sold out Australian tours and platinum albums to his credit, Patrizio has won a nation of admirers, smitten by his velvet baritone voice and smouldering Italian good looks. A true performer on and off the stage, Patrizio has a natural ease and affability, charming all who he encounters.

It is however beyond doubt that his sonorous and silken voice is what defines him and has captured the hearts and minds of music lovers across the globe.

Performing in talent shows from the age of 11, Patrizio’s musical career began early, but it was the international debut of his album The Italian that put him on the road to global repute in 2005. The album, recorded at Abbey Rd Studios with the Royal Philharmonic no less, catapulted the Austrian-born singer into the global spotlight.

Patrizio’s quest to realise his dream of re-recording timeless, globally-loved Italian songs, true to the feel of the 50’s and 60’s versions but with a very modern twist, became his signature. Acclaimed by Italians across the world as ‘The Ambassador of Dolce Vita’ his albums have achieved gold status in the UK, Austria and Finland, along with platinum status in New Zealand, Hong Kong, Singapore, Malaysia, Thailand and Taiwan. Further success was achieved in South Africa going double platinum, and in Australia he achieved the near-impossible; gaining an illustrious triple platinum certification. Chart success in the U.S. saw him reaching No. 5 on the Billboard US jazz chart which secured him a record deal and sold out tour schedules across the entire country.

His anticipated upcoming Australian tour and album Bravo Patrizio will feature a selection of highlights and hits from the last decade of albums as well as all the musical surprises for which Patrizio is renowned!