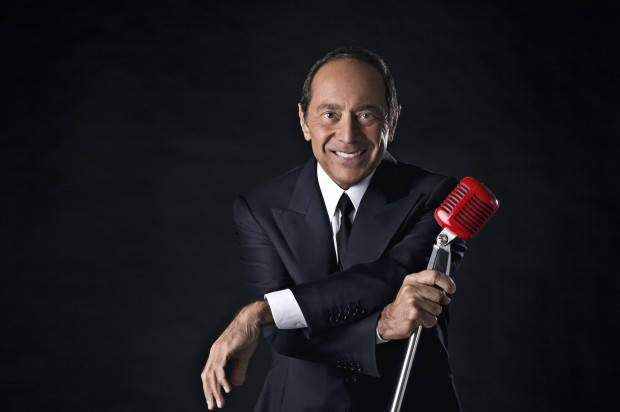 The legendary Paul Anka will perform his only Queensland show when he takes to the Jupiters Theatre stage on Saturday March 8, 2014, as part of his first public concerts in Australia in more than 40 years.

Regarded as one of the most prolific and versatile songwriters of any generation, Canadian-born Anka is the only artist in history to have a song in the Billboard Top 100 during 7 separate decades.

From the 1950’s right up until today, Anka continues to write and perform hit after hit, with his dynamic, high energy shows always leaving audiences wanting more. His credits include Diana, Buddy Holly’s It Doesn’t Matter Anymore, the Tom Jones hit She’s A Lady, Michael Jackson’s This Is It, and of course, Frank Sinatra’s signature song My Way.

His current album My Way features duets with many of the music icons he has collaborated with, including Frank Sinatra, Tom Jones, Michael Bublé and Charles Aznavour. While his fascinating autobiography, also entitled My Way, was published this year to great critical acclaim and commercial success.

Jupiters Hotel & Casino General Manager Entertainment Craig Peachey said the team is thrilled to have secured another legendary performer for the venue and another Queensland exclusive.

“From Engelbert Humperdinck, to Burt Bacharach and Tony Bennett, we have seen a host of music pioneers grace the Jupiters Theatre stage, and securing Paul Anka is another fantastic coup for the Gold Coast,” he said.

“From the legendary to the contemporary. Jupiters remains committed to luring the very best national and international performers to the city.”

Tickets to see the iconic Paul Anka LIVE at Jupiters Hotel & Casino are $89 for show only or for the complete sensory feast enjoy dinner and show from $99.

Tickets go on sale to the general public at 9am on Friday November 22 through Ticketek at ticketek.com.au, on 132 849 or from the Jupiters Box Office.