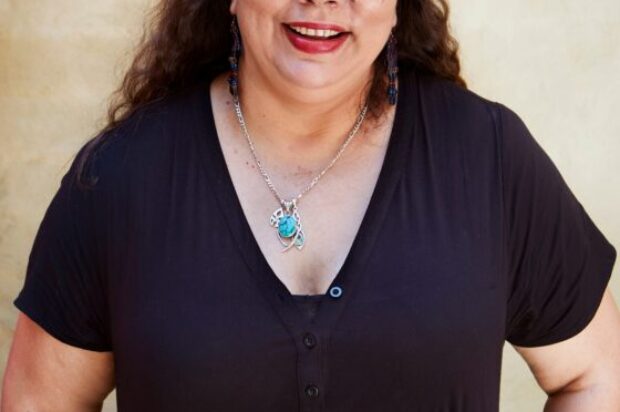 Established in 2011 to recognise the unique contribution of screen industry pioneer Natalie Miller AO, the Fellowship is open to established women working in the Australian screen industry and aims to provide an annual $20,000 grant to aspirational women in all sectors to pursue professional leadership through attachments, internships, secondments, travel and other means in order to reach their full leadership potential.

This year’s recipient, Pauline Clague, has been a driving force in the creation and sustainability of the Indigenous voice in Australian screen and television. A Yaegl woman from North Coast NSW she has worked as a storyteller and producer in film and TV for 25 years. She is founder and Artistic Director of Winda Film Festival in Sydney, was a programmer for imagineNATIVE Film + Media Arts Festival in Toronto and is co-creator of The NATIVE Slam, a 72-hour Indigenous film challenge held at Maoriland Film Festival in Otaki. As Associate Professor, Manager of Cultural Resilience Hub, Jumbunna Institute for Indigenous Education & Research at the UTS, Clague has lead communities to strengthen their voice through the medium of screen and story and shared her wisdom, industry experience and integrity with emerging creative entrepreneurs through Creative Plus Business. In her role as a NSW Treasury-endorsed Creative Specialist, she also helps independent filmmakers and other creative people to strengthen their financial sustainability.

President of the Natalie Miller Fellowship Sue Maslin AO said: “Pauline has been a trailblazer, teacher and mentor among First Nations filmmakers for many years and we are delighted to champion her important work to the wider industry. We look forward to working with Pauline to build more leadership and career development opportunities for Indigenous women going forward.”

Upon receiving the grant, Clague said: “It is such an honour to be the recipient of the Natalie Miller Fellowship for 2020. This year has been so turbulent for our industry and so much of the arts has had a hit during this time of Covid-19. For me, the privilege has been in not being just a hashtag but raising the voice of Indigenous youth and communities during the Black Lives Matter and Deaths in Custody rallies. I look forward to writing works around Indigenous narratives and finding ways to influence and engage our lens in a different way through my work. This Fellowship will allow me to engage with the lens with innovation. To be supported by a fellowship named after a strong woman, Natalie Miller, who introduced foreign cinema to Australia, I am hoping to show the lens of Indigenous cinema in a new light to be a part of enhancing our identity and to continue to shape our next generation of filmmakers.”