behind scenes Comps MACCA NOVA Entertainment PEKING DUC by Caroline Russo | on February 3, 2019 | 0 comments | in Competitions | Like it 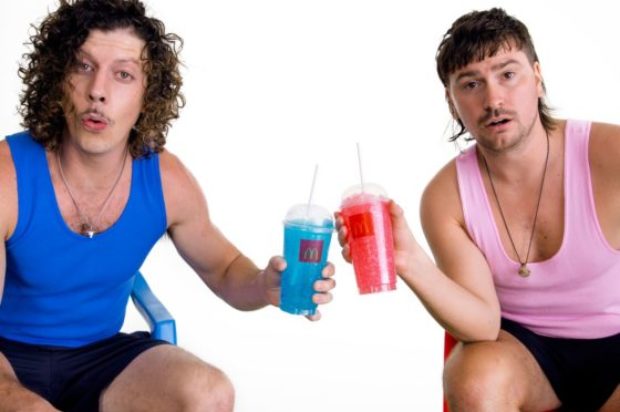 PEKING DUK & MACCA’S WILL TAKE A FAN ON THE BIGGEST TOUR EVER!

+ LISTEN TO PEKING DUK x JACK RIVER’S NEW SUMMER ANTHEM HERE
Peking Duk and Macca’s have announced that they will take a fan (and a mate) on an epic adventure of a lifetime – the lucky winner will hit the road with Peking Duk on The Biggest Tour Ever thanks to Frozen Fanta Flavours at Macca’s.

Coming together for the ultimate summer partnership, Peking Duk and Macca’s are offering fans the chance to really mix-it-up by going to every Peking Duk show in major Australian cities, plus hang out with Adam and Reuben at a special soundcheck performance.

With 36 Frozen Fanta Flavours now available Macca’s, all fans will need to do is head to novafm.com.au and tell us their favourite flavour combination and why, for the chance to win.

The partnership and competition arrives off the back of the launch of Peking Duk’s most exciting tour to date, Peking Duk’s Biggest Tour Ever, tickets available HERE.

Peking Duk said, “We both started out working at the Dickson Macca’s in Canberra so it’s gold and a pretty wild ride to come full circle and now be working with them. We’re stoked to be able to bring people VIP to the shows with the comp too! Great times.”