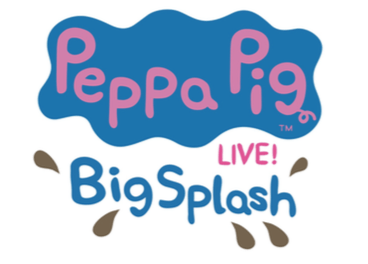 “Ticketmaster likened our first Peppa Pig Live! on sale days to a Pink or Radiohead concert. It was like nothing we had ever seen for a kids show! With Peppa Pig more popular than ever, we’re bracing ourselves for another big one,” says Australian producer Anton Berezin of Life Like Touring, Australia’s leading family theatre production company.

In Peppa Pig Live! Big Splash, the nursery roof is leaking and Peppa and her friends need to fix it quickly. They set up a fete to raise the money for Mr Bull to do the repairs. There’s plenty of fun to be had as Peppa, George, Mummy and Daddy Pig, as well as Danny Dog, Pedro Pony and Suzy Sheep put up bunting, run stalls and organise a great day out. There’s also a Champion Puddle Jumping competition judged by Mr Potato where everyone gets wet and Peppa needs to find her Golden Boots. Another all-singing, all-dancing adventure full of songs, games and muddy puddles is guaranteed for all the family.