aboriginal story Bangarra dance Patyegarang QPAC by Caroline Russo | on August 18, 2014 | 0 comments | in Theatre | Like it 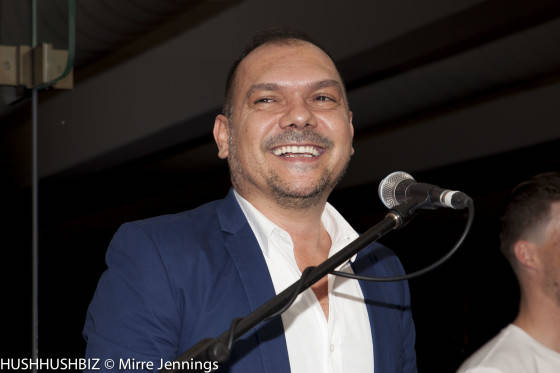 Celebrating its 25th anniversary in 2014, Australia’s multi-award winning company, Bangarra Dance Theatre, returns to the Queensland Performing Arts Centre (QPAC) with their brand new work, Patyegarang, from 15 to 23 August, in the Playhouse.

This brand new work, which opened in Sydney in early June 2014 to rave reviews, tells the story of a young Eora woman, Patyegarang, who shared her culture and language with one of the first settlers in the place we call Sydney.

Patyegarang, expressed in the beauty of Artistic Director Stephen Page’s distinctive choreography and based on historical events and documents, celebrates Bangarra’s unique ability to tell stories through the prism of our contemporary experiences, enriched by our shared history.

As the colonial fleet arrived on Eora country in the late 18th Century, Patyegarang befriended Lieutenant William Dawes, gifting him her language in an extraordinary display of trust and friendship, now inspiring our imaginations about ‘first contact’.

Staying apart from the early Sydney settlement in a place called Tar-ra (now Dawes Point), Dawes, an astronomer, mathematician and linguist, faithfully recorded his encounters with Patyegarang in his notebooks. Rediscovered in 1972, these notebooks are transcripts of this remarkable cultural exchange.

Bangarra liberates Patyegarang from the library shelves, putting spirit into her heart as a striking visionary and educator.

This deeply moving production is told through the acclaimed creativity of Queensland born brothers Stephen and David Page fusing choreography and soundscape, in a powerful and meaningful dance theatre experience.

“Patyegarang is one of the few good stories that happened during Australia’s first settlements. This young Aboriginal girl was from the Eora nation, the custodians of the land on which Bangarra has created and performed dance theatre works since 1989.

“In the year of the company’s 25th anniversary, Bangarra honours this land, through Patyegarang’s story. Through discussions with local communities, and thanks to an ever-inspiring team of designers, story tellers and dancers, Patyegarang gives us an opportunity to reflect on our future as a new nation”, said Page.

The role of Patyegarang will be played by Bangarra dancer Jasmin Sheppard who joined the company in 2007 and has performed in eleven Bangarra productions internationally and nationally.
Sheppard’s first choreographic work Macq debuted as part of Bangarra’s Dance Clan 3 in November 2013.

Also on stage, is South Australian born physical performer Thomas Greenfield who joins Bangarra as a guest artist, performing the role of Lieutenant William Dawes. Greenfield’s performance with the company marks only the fourth time in Bangarra’s history that a non-Indigenous dancer has performed with the company.
Celebrating its 25th anniversary in 2014, Bangarra Dance Theatre is Australia’s premier national Indigenous performing arts company. Under the brilliant and inspirational artistic direction of Stephen Page, Bangarra has strived to maintain the cultural integrity and spirit of Aboriginal and Torres Strait Islander tradition, combining it with contemporary expressions of stories, dance and music. Bangarra creates dynamic, moving theatrical experiences and delivers these experiences to audiences across Australia and around the world.

Don’t miss out on seeing this historically significant new work by one of Australia’s most acclaimed dance theatre companies. IT IS A MUST. Book at qpac.com.au or call 136 246.