As Trustee of the Miles Franklin Literary Award, Perpetual has today announced the 2015 longlist. The 10 authors in competition for the $60,000 prize this year include three debut novelists – Suzanne McCourt, Omar Musa and Christine Piper.

The Miles Franklin Literary Award is regarded as Australia’s most prestigious literature prize and was established through the will of My Brilliant Career author, Miles Franklin. First awarded in 1957, the prize is awarded each year to the novel which is of the highest literary merit and presents Australian life in any of its phases. 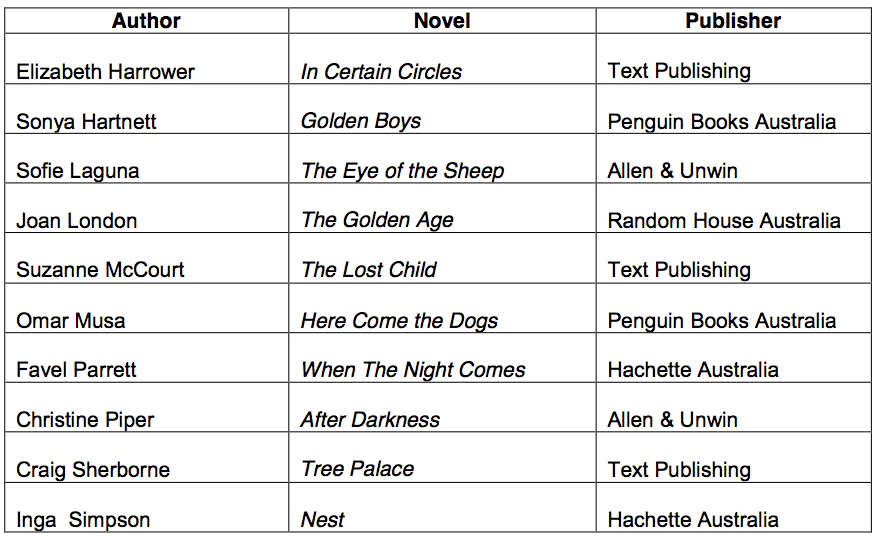 “From a contemporary rap symphony and a 1950s polio clinic love affair, to the suburban father too good to be true and the spiritual journey of an Antarctic supply ship, this year’s Miles Franklin longlist showcases the extraordinary vitality and range of recent Australian fiction,” he said.

Within this diversity, a common theme present throughout the longlisted novels is the complexity of families and the impact of family history on the present.

“Interestingly, a number of the novels are written from the child’s perspective, with unravelling families, or families in tension, driving the narratives,” Mr Neville said.

Perpetual’s General Manager of Philanthropy, Andrew Thomas, congratulated the longlisted authors.
“It’s a great achievement for each of the 10 authors to make it onto the 2015 longlist,” Mr Thomas said.

“As well as celebrating talented writers, the Miles Franklin Literary Award showcases the benefits of philanthropy and the positive impact it has on Australian literature, authors and readers.”