Sad news on one of the most famous families that are Hollywood royalty is that of actor-writer Peter Fonda has died of lung cancer.

A statement from his family said: “It is with deep sorrow that we share the news that Peter Fonda has passed away. 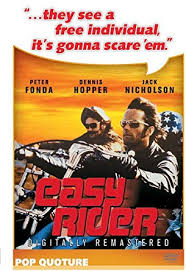 “In one of the saddest moments of our lives, we are not able to find the appropriate words to express the pain in our hearts. As we grieve, we ask that you respect our privacy. And, while we mourn the loss of this sweet and gracious man, we also wish for all to celebrate his indomitable spirit and love of life.

“In honor of Peter, please raise a glass to freedom.”

Fonda died at 11.05am local time, according to his family. The official cause was respiratory failure due to lung cancer, they said.

He is well remembered for 1960 film Easy Rider and it earned him a Oscar nomination.
He would also later be nominated for his performance as a Vietnam veteran and widowed beekeeper in Ulee’s Gold.