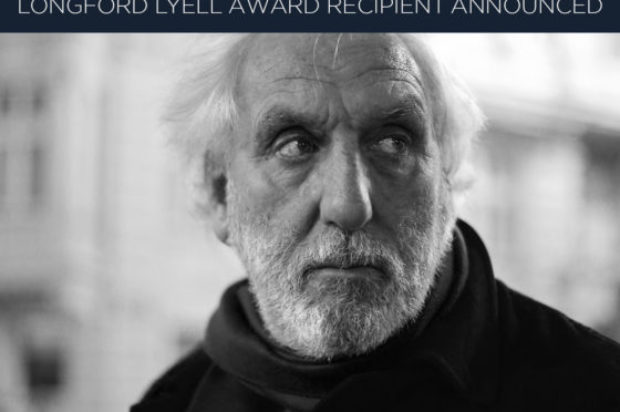 The Award will be presented to Phillip at the 7th AACTA Awards Ceremony presented by Foxtel on Wednesday 6 December 2017 at The Star Event Centre in Sydney, telecast at 8:30pm on Channel 7.
First presented in 1968, the Longford Lyell Award is a tribute to Australian film pioneer Raymond Longford and his partner in filmmaking and life, Lottie Lyell. The Award is the highest honour the Australian Academy can bestow and recognises an individual who has made a truly outstanding contribution to the enrichment of Australia’s screen environment and culture.

Phillip started his career making self-funded short films in the late 1960s. For three years he managed the Sydney Filmmakers Co-op, which screened the short films of Australia’s fledgling filmmakers in a makeshift cinema in downtown Sydney. In 1973 he was one of the inaugural students of the Australian Film, Television and Radio School, studying alongside the likes of Gillian Armstrong and Chris Noonan.

After working on a number of shorts and feature films, his breakthrough came in 1978 with the critically acclaimed NEWSFRONT. The film swept the 1978 AFI Awards, winning eight Awards including two Awards for Noyce: Best Director and Best Original Screenplay (shared with Anne Brooksbank and Bob Ellis).

Noyce has gone on to work with some of the world’s leading actors, including: Harrison Ford and James Earl Jones in CLEAR AND PRESENT DANGER (1994); Denzel Washington and Angelina Jolie in THE BONE COLLECTOR (1999); Sir Michael Caine in THE QUIET AMERICAN (2002); Hilary Swank in MARY AND MARTHA (2013); and Meryl Streep and Jeff Bridges in THE GIVER (2014).
Noyce’s eclectic career has seen him direct a diverse range of genres across film and television, from blockbuster action films to Oscar®-nominated dramas, as well as some of Australia’s most culturally significant films. From his first feature film BACKROADS (1977) to the multiple AFI Award-winning RABBIT PROOF FENCE (2002), Noyce has continued to challenge audiences with films that highlight cultural issues such as racism, Indigenous culture, apartheid and terrorism.

Noyce joins an illustrious group of Australian directors to have received the accolade, including Peter Weir, Fred Schepisi, Charles Chauvel, Dr George Miller and Ken G. Hall, the first Australian to win an Oscar®.
“I’m humbled to receive an award that bears the names of two of Australia’s greatest filmmakers,” said Noyce. “And I’m humbled to join the ranks of those previously honoured with this award, particularly Barry Jones and Philip Adams, who were so prominent in reviving our film industry in the late 1960’s, my friend and directing mentor Ken G. Hall, and Dr George Miller, who has taught us all so much with his cinema magic.”

“With an ongoing career spanning 48 years, more than 55 credits to his name and three AFI Awards among his long list of accolades, Phillip Noyce is truly one of Australia’s greatest directors,” said AFI | AACTA CEO Damian Trewhella. “On behalf of the Academy, it is our pleasure to recognise Phil for his role as a director and as a key contributor to the reputation and quality of Australian cinema.”