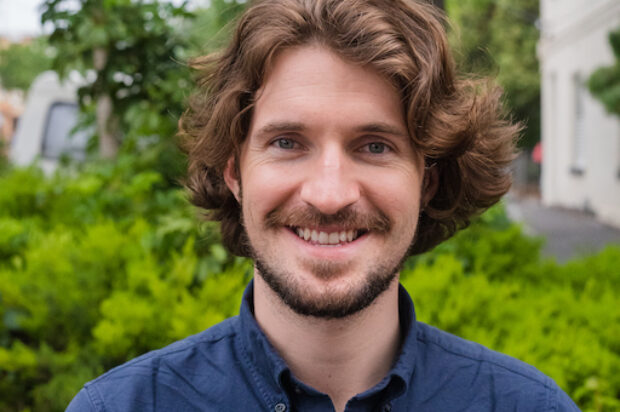 Speaking with one of the Co-Founding partners Trent Clews- De Castella of the ever-growing tech studio PHORIA who have launched REWILD Our Planet in the last month which is based on the award-winning installation, REWILD.

With REWILD Our Planet it is the very first AR project and they have some pretty impressive partners that headhunted them being global tech giants Netflix, and Google.

In the last decade that been writing and working with the tools and developing the stores and education, conservation and to translate it into the visual feast and with experimenting’, and with the team they have now evolved to AR where they can connect to the public through smartphones and making AR more accessible to people at home.

Trent background was psychology and says if you asked me if I was to do what I am doing in co-producing and working with big leaders in today world’ I never would have believed it!

On October 15th for the first time since the installations were seen in Singapore, Bristol and New York in 2019, fans of REWILD Our Planet got an exclusive first look at REWILD (BETA) The early access release included the pilot episode – Frozen – available on Google Play, and will later become available on the App Store for iOS devices. In a time where exploring nature has never been more challenging, REWILD captivates users by bringing nature inside their living rooms. Frozen is the first in this four episode series, which will be followed by Grasslands, Forests and Oceans, as users are encouraged to learn about vital conservation initiatives for these ecosystems.

Like its 2019 predecessor, REWILD takes users on a journey to rewild Earth’s most precious biomes and is suitable for all ages, using immersive AR to educate and entertain. Users simply create a playspace in their home to open their virtual screen. From there they can select an episode and get set to ‘rewild’ their environment in AR, while enjoying impactful cinematic content. This gameplay empowers users to become a voice of the planet and pledge to take action towards safeguarding our planet for future generations.

The experience showcases the latest in AR technology, and has been announced as one of the first AR apps to utilise Google’s ARCore and Cloud Anchors, allowing REWILD content to persist in any physical space.

And with new technical developments from PHORIA, users can now play REWILD anywhere in the world.

“2020 has presented its fair share of challenges, but seeing the REWILD team and our partners pivot in the face of adversity is a testament to the power of technology and human potential,” said Trent Clews-de Castella, “We’re launching REWILD as a free application to billions of AR enabled devices, so it can have an even greater impact. REWILD is about bringing people together during these times, so we can immerse ourselves virtually in nature and use our collective voices to speak up for the planet.”

Trent is full of gratitude and has such gentle energy and is very sincere in how he speaks as to his fellow talented partners who he has known for a long time going back to school days and very proud they now staff up to 30 people. In the future, they expect steady growth and aiming for up to 100 structure in their company and more interesting partnerships that they can explore. Living the dream is what this company is all about. REWILD Our Planet is the very first AR project supported by Screen Australia!