Do you have an affection, even a love of classic English old time music hall with a dash of American and Irish American songbook thrown in for good measure?

Then Kate Peters’ sing-a-long Piccadilly Olde Time Music Hall, peppered with traditional patter, comic skits and even the classic monologue The Lion and Albert is for you. 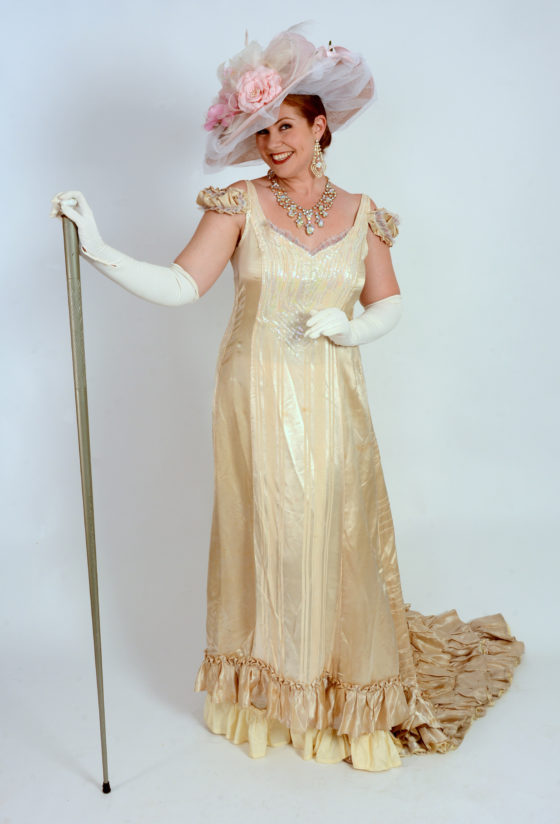 There’s no doubt that by and large Piccadilly music hall is pitched at a certain demographic and they are sure to embrace it as the cast of 11 throw their heart and soul into the production.

Kate, who has a long history of staging these shows (as well as a well-rounded theatre background) stepped into the breech at the last minute to create this show and has not short changed her audience in the quality department.

There’s even entertainment in the program – not always the case – with a well written and informative essay on the origins, and golden years, of music hall. Music hall, which had its beginnings in the 18th century and thrived in the 19th, is a fascinating slice of social history and chronicles both the hopes, fears, wants and needs of those who lived through it.

The Piccadilly cast and crew – musical director Mary Walters with her musical duo (piano and drums) – brings both a lot of fun and energy to the show.
The songs the people of that era loved still have a following today and including numbers such as the Mother’s Lament(or Your Baby Has Gone the Plughole), the Pheasant Plucker’s Song, Champagne Charlie, A Little of What you Fancy Does You Good and Who Were You With Last Night?
The humour is lively, robust and straight forward and sprinkled with lines designed to have older audiences chuckling rather than cringing with embarrassment.
It’s all good clean fun and is likely to be popular with those who like to reminisce a bygone age and those who think the past is maybe a foreign country, but one worth visiting from time to time.
Piccadilly Olde Time Music Hall plays May 4-6 at 7.30pm. There’s also four matinees on May 5 and 6 at 2pm.
For information on line go to www.gclt.com.au or ring 5646717.

The Gold Coast Little Theatre’s production is Kiss Me, Kate (June 30- July 28) and Kate Peters will return to the stage directing Hello Dolly! In November. The classic musical had a recent revival on Broadway.