Awakening, the Australian adaptation of a highly controversial coming of age play written 130 years ago, is opening its Queensland tour at Hota this week.

Awakening follows the fortunes of a group of physically blossoming and emotionally vulnerable students dealing with the challenges of adulthood.

The play, which was banned when it was first performed, deals with explicit issues such as sexual violence, depression, anxiety and suicide.

This new 21st century interpretation has been directed by Kurtis Laing for Good Time Theatrics who, along with actor Sophie Wickes, talked to arts and entertainment writer and podcaster Douglas Kennedy this week.
The show opens at Hota’s Theatre 2 on Friday and Saturday (July 30 and 31 at 7pm). Other Queensland dates include Studio 188 in Ipswich (August 13) and the Ron Hurley Theatre, Seven Hills (August 14).

To hear the interview with Kurtis Laing and Sophie Wickes, and learn more about the Queensland tour dates click on the link below. 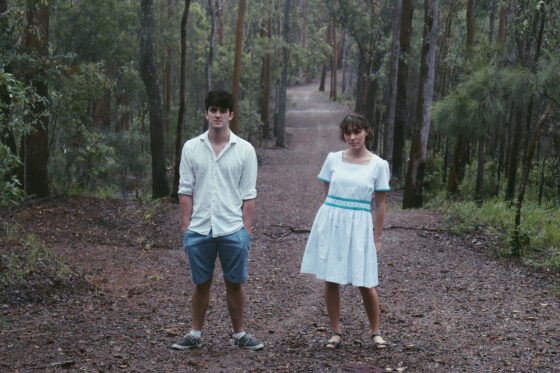 Pictured are Drew Buchanan as Melchior and Sophie Wickes in the role of Moritz for Awakening.