POKEY LAFARGE UNVEILS SOMETHING IN THE WATER, ROUNDER DEBUT DUE OUT MARCH 27

Bluesfest Jimmy Sutton Music POKEY LAFARGE by Caroline Russo | on January 29, 2015 | 0 comments | in Music | Like it 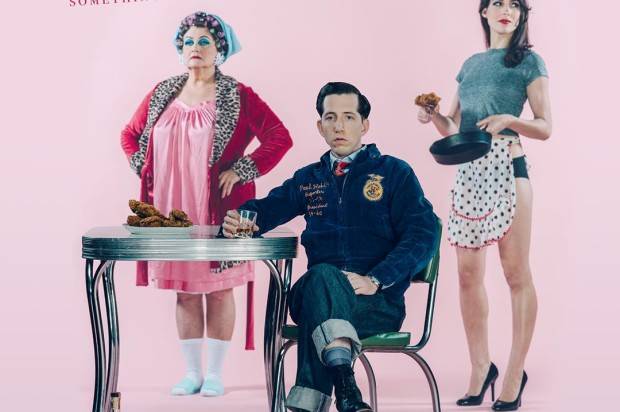 POKEY LAFARGE UNVEILS SOMETHING IN THE WATER, ROUNDER DEBUT DUE OUT MARCH 27

On Friday, March 27, 2015, Pokey LaFarge will release Something in the Water, his Rounder debut.

The dozen-song set, produced by Jimmy Sutton (best known for his work with JD McPherson), marks a new landmark in a career that’s already filled with musical highlights. The St. Louis-based singer, songwriter, and multi-instrumentalist draws from a deep well of American musical traditions to create distinctively personal music that’s timeless rather than retro, transcending the confines of genre in a manner that reflects the artist’s openhearted attitude.

Incorporating elements of early jazz, ragtime, country blues, Western swing, and beyond, LaFarge has created a vibrant, deeply expressive body of work that embodies an expansive musical vision and vivid storytelling sensibility that are wholly his own. He’s also earned a reputation as a tireless, uniquely charismatic live performer, winning a loyal international fan base that regularly packs his rousing, celebratory live shows.

Something in the Water features a diverse cast of talented players, including his own longstanding touring combo as well as members of such notable outfits as NRBQ, the Fat Babies, the Modern Sounds, and the Western Elstons.

Something in the Water finds LaFarge doubling down on his established creative strengths, expanding and deepening his musical reach on such new originals as the wry, rollicking title track, the swaggering ragtime workout “Wanna Be Your Man”, the infectiously jazzy “Underground,” the evocative crooner “Cairo, Illinois,” the exotic ballad “Barcelona” and the swinging album-closer “Knocking the Dust off the Rust Belt Tonight,” whose witty lyrics underline the album’s proudly Midwestern sensibility. Also featured are fresh, buoyant takes on popular blues standards “When Did You Leave Heaven” and “All Night Long.”

“The Midwest is at the heart of this record,” LaFarge asserts. “The people playing on these songs are from Wisconsin and Illinois and Chicago and St. Louis, and there’s a certain attitude that comes across in the songs and the way that they’re performed. I’m born and raised in the Midwest, and my family’s been here for generations. This is where I’m from and how I think, and that’s reflected in the music I make.

“Americans love to reinvent themselves, but you can never really get away from the place that you come from,” he continues. “And in a globalized world, I think that there are some parts of our regional identity that we should hang onto and cherish. I do buy into that old idea of the Midwestern work ethic, and it’s definitely something that’s been passed down through my family and something that I feel connected to, and it influences the way I approach making music.”

Once again Pokey will light up Australian stages when he and his band bring their Midwestern appeal and infallible charisma to Australia this April.