arrowverse pop culture supanova Sydney Sydnova by Caroline Russo | on June 21, 2019 | 0 comments | in Entertainment | Like it

Day 1 of Supanova Sydney (or Sydnova as some call it) saw an incredible turnout. The guests at this convention include Elijah Wood, Barbara Eden and Arrowverse stars, Stephen Amell, Robbie Amell, David Ramsey and Italia Ricci. Highlights of the day included the Arrowverse panel and the Mad Max 40th anniversary panel. Sadly, due to transportation issues not all guests were able to make it today. This will mean people will be more eager to see them and the rest of the guests tomorrow on what is typically the busiest day of the weekend. Stay tuned as more updates on the weekend will come in the following days.

Day 2 saw an incredible increase in numbers and in cosplay as people flocked to the Sydney Showgrounds to meet their favourite actors. A highlight of the day was the Stephen Amell and David Ramsey panel where the actors took to the stage yet again to discuss Arrow (which has been on tv since 2012 and is nearing its final season). If you happen to be in Sydney, come down to the Showgrounds tomorrow as Sydney Supanova continues with more exciting events and fantastic cosplay on the final day of the event this year. 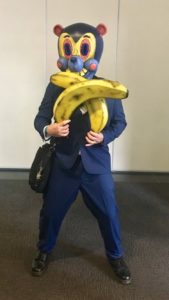 The final day saw the excitement continue as patrons were provided with more to see and do than ever with Elijah Wood, Robbie Amell & Italia Ricci all appearing in the cosplay theatre at various points. Meanwhile the audience at the features theatre was treated to Barbara Eden. At one point, all stages even screened episodes of One Punch Man. This weekend was action packed with plenty to see and do. Many of the patrons said that their favourite moments in the con included meeting Stephen and Robbie Amell and Elijah Wood.

If you missed Sydney Supanova, be sure to join in on the fun as the fun will be continuing next weekend in Perth before heading to Adelaide and Brisbane in November. 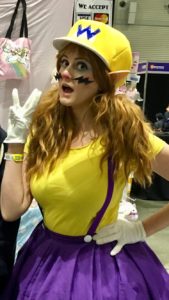