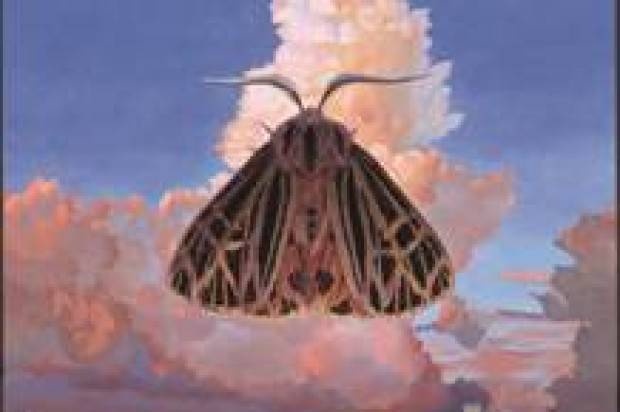 ITUNES: http://smarturl.it/MothAlbum
JB HI-FI: http://smarturl.it/MothJbHiFi
SANITY: http://smarturl.it/MothSanity
“There’s a new confidence, even swagger, in blown-out pop songs like ‘Ch-Ching’ … still, there’s a human softness to MOTH, with hints of Sade in certain smooth melodies and saxophone lines.”
– The New York Times
“Resounding yet ethereal…. melodic, hook-driven, and exceedingly danceable.”
– Village Voice
“[MOTH] is the sound of artists who know themselves and how to execute a specific musical vision.”
– The Verge

Critically acclaimed pop duo Chairlift has released their highly anticipated third album which Pitchfork has praised as their “…best and smoothest long-player statement”. Named as one of Billboard’s “Albums To Get You Amped for 2016”, MOTH is an openhearted pop influenced album that has been entrancing new listeners while delighting longtime fans.

To celebrate the release of their album MOTH, Chairlift gives us an inside look at the album’s vinyl packaging, complete in ASMR style. In ASMR videos (short for Autonomous Sensory Meridian Response), the narrator moves slowly and speaks in low whispers to provide mental stimulation and relaxation. Check out the video HERE.

The duo who took time off since their last full length offering titled SOMETHING, spent time collaborating with Beyoncé on her groundbreaking self-titled album via the track ‘No Angel’, which was written and produced by Caroline and co-produced by Patrick. Caroline released and toured Arcadia, a self-produced solo album under the alias Ramona Lisa and collaborated with SBTRKT, Blood Orange and others, while Patrick produced and collaborated with artists such as Solange Knowles, Wet, Kelela, and Tei Shi.

An evolution from their last album, 2012’s SOMETHING, MOTH proves to be an emotionally uninhibited and markedly stronger, more pop inspired body of work. A very New York City inspired album, listeners can expect to be led through an aural mix of big, rich pop inspired hooks, vibrating bass, lively brass and sensuous R&B inspired vocals, all anchored in the duo’s meticulously crafted instrumentation.