Powerful new stage work to be created in Queensland

MUDSKIPPER: PLAYWRITERS QUEENSLAND Queensland Theatre by Caroline Russo | on July 7, 2020 | 0 comments | in Entertainment | Like it 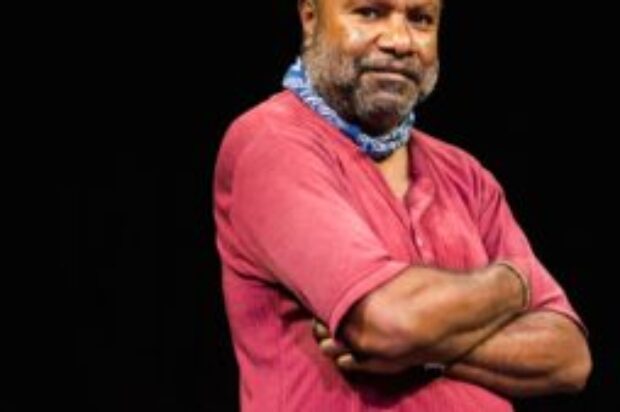 In much-needed exciting news for the arts, a powerful new Australian stage work is set to be developed as a co-commission between Queensland Theatre and Playwriting Australia (PWA).

MUDSKIPPER: A New Mythology by Queensland playwrights Walter Waia and John Harvey is one of seven major new works commissioned under PWA’s Ignition program 2020, and the only Queensland-based project.

Queensland Theatre Artistic Director Lee Lewis said news that MUDSKIPPER: A New Mythology was one of the seven works chosen was exciting for not only Queensland Theatre, but the arts community everywhere.

“That seven major new Australian works will be developed under the Ignition program is brilliant news; the news we all in the arts needed after the past few months of (still) dark theatres and show closures,” she said.

MUDSKIPPER is a new work of scale, blending Western theatre with traditional storytelling, contemporary dance, leading edge technology and music. At its heart, it is a new mythology traversing love, loss and longing for home; a convergence of ancient and contemporary, and an exploration of love and its ability to reach across two worlds.

“Developing MUDSKIPPER will be a powerful journey for everyone involved, and we are looking forward to working closely with these extraordinary artists in Walter Waia and John Harvey. This work is significant from a national storytelling perspective, and we are proud to be the producing company, in collaboration with independentIndigenous production company, Brown Cabs,” said Ms Lewis.

“In these difficult times we look to great artists to create stories to lift us out of despair. MUDSKIPPER is one that everyone can look forward to. We are grateful that Walter Waia and John Harvey have chosen to create this new work with Queensland Theatre. We believe the story will speak to the whole nation about our shared future as the impact of climate change reshapes the way we will all live.”

Playwright John Harvey said, “MUDSKIPPER is where the ongoing cultural wisdom of our people meets both ancient and futures thinking. It is a moment where parallel worlds collide. At a time when many of us are reflecting on our lives and how we live them, MUDSKIPPER offers a unique storytelling experience.”

“What an honour it is to make theatre like this with such a highly regarded cultural man, and storyteller, Walter Waia.”

The two storytellers behind MUDSKIPPER are family members from the Torres Strait Islands.

Poet, songwriter, choreographer, storyteller, Elder and respected Cultural Man from Saibai Island in the Torres Strait, Walter Waia offers a unique voice and insight into the philosophy and world view of Saibai Island peoples. He has previously worked with his niece Margaret Harvey, and playwright John Romeril, to develop visual theatre drawing from Saibai Island’s cultural myths and is an artist dedicated to the betterment of his people in the Torres Strait, having played significant roles in progressing Native Title, and influencing climate change strategies.

Nephew to Walter Waia, John Harvey is a storyteller across stage and screen, and founder of independent Indigenous production company Brown Cabs. He wrote the Green Room Award-nominated show HEART IS A WASTELAND, which premiered to critical acclaim and sold out audiences at Malthouse Theatre in 2017 and was co-writer of the much-applauded BLACK TIES for Ilbijerri Theatre Company and Te Rēhia Theatre Company, presented earlier this year in Sydney Festival, Asia Topia, Perth Festival and Auckland Arts Festival.
Cont….

John is also the writer of Malthouse Theatre’s highly anticipated THE RETURN, which was programmed to premiere in their 2020 Season. For film, he has written and directed two short films WATER (Melbourne International Film Festival/ABC) and OUT OF RANGE (Melbourne International Film Festival/SBS). He is currently commissioned by the Australian Centre for Moving Image to create a multi-channel video installation as part of its new redevelopment.

PWA’s Ignition program will make seven major commissions worth $25,000 each, with significant additional investment in ongoing creative development from partnering theatre companies, in this case, Queensland Theatre.Ignition aims to enhance the ambition and diversity of Australian playwriting by investing in landmark works.