One of the world’s most loved musicals is coming to the
Queensland Performing Arts Centre (QPAC) this October with tickets now on sale for
MARY POPPINS.

Hot on the heels of its critically acclaimed Sydney season, QPAC Chief Executive
John Kotzas said tickets would be sure to sell fast for this musical favourite.

“MARY POPPINS is a timeless musical that has a great Queensland connection with original author PL Travers born in the Queensland town of Maryborough,”
Mr Kotzas said. 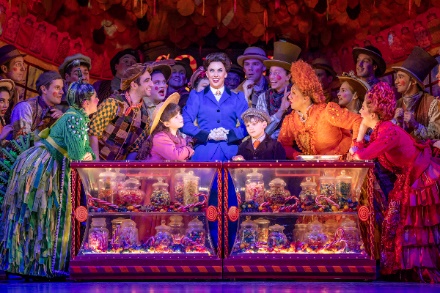 “When
MARY POPPINS was last at QPAC in 2012, it wowed audiences and we know it will do the same again for a whole new generation.”

Seen by tens of millions of people worldwide, this magical stage adaption includes dazzling choreography, incredible effects and the unforgettable songs from
the original film as well as new songs and additional music by Olivier award-winning George Stiles and Anthony Drewe.

“We know Brisbane audiences love musicals and
MARY POPPINS, with the creative might of Disney and Cameron Mackintosh behind it, is one of those that sets the bar incredibly high for all other productions. It will surely be a must-see musical and will no doubt be one of our most popular seasons
of the year.”

Tickets are now on sale via
www.qpac.com.au
for performances from Saturday 22 October to Sunday 11 December.