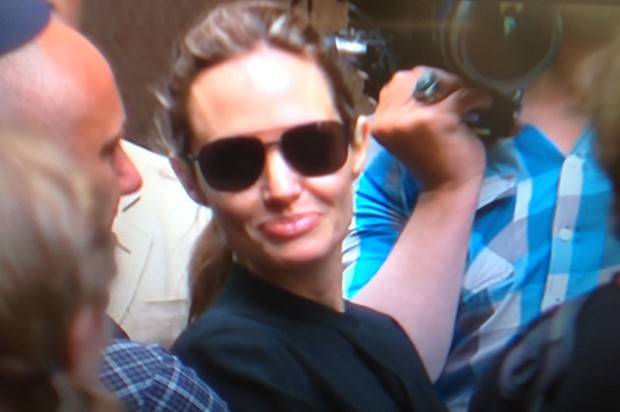 The announcement that has just come out that Sydney now has the world premier of “Unbroken”.
After six month in Australia filming the World War II biopic Unbroken the director of the film and actress Angelina Jolie will be returning Down Under for the world premiere.

Sydney has scored the November 17 where she will be joined by the film’s lead actor Jack O’Connell and Japanese star Miyavi, was announced the Today Show on Thursday with Richard Wilkins.
The film was also located for filming in Queensland that was supported by the local government which secured Angelina on filming in locations like on the Gold Coast at their Village Road Show studios and in other areas of Brisbane.
A true story of WWII hero Louis Zamperini, an Olympic runner who joined the Air Force in 1941 and became stranded on a raft for 47 days after his plane was shot down.
He survived only to be captured by the Japanese.

Zamperini himself passed away on July 2 at age 97, one week before the official trailer was released.

Jolie paid tribute to the American veteran following the news of his death, describing his passing as ‘a loss impossible to describe’ via a statement.
‘We are all so grateful for how enriched our lives are for having known him. We will miss him terribly,’ she said. 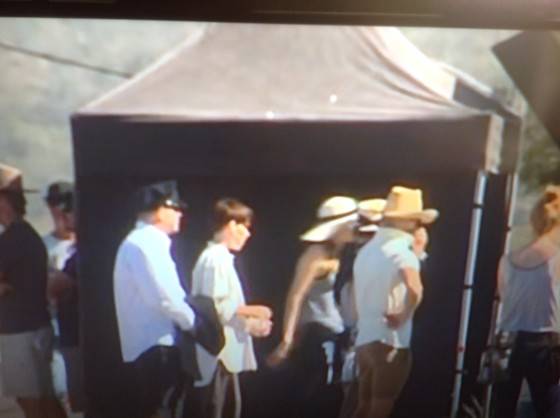 Angelina who is star royalty and now with her husband Brad Pitt did express how much they did love Australia and quoted I loved everything about it: I loved working in Australia, I loved the crew, I think its the most extraordinary place to make films and to spend time.’

Unbroken is set for release in Australian cinemas on December 25.