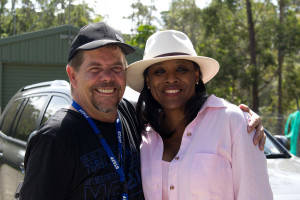 GC Indie Film and TV Network will be presenting the premier of  “Free You Be You” an anti-bullying dance video, created by producer Shirley Pierce with David Mace-Kaff and Lauren-Ann Smith of Evolve Film Productions. GCIFTN played a supportive role in the production of this film and a crucial part in raising the last needed funds to make “Free You Be You” a reality. It was a explosive night when a member guest raised her hand to give what was needed to add to the making of this project when founder of the GCIFTN pledged to the crowd that night to get behind the project. There was not a nearing a dry eye in the house for joy Caroline Russo says. This film Video celebrates bully survivors and delivers a message of hope and empowerment with a hip-hop twist. 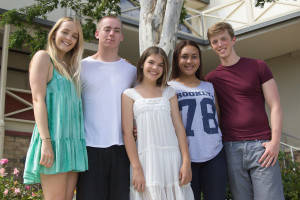 Shirley was inspired to do the video when she made the heartbreaking discovery that her daughter was the victim of both real life and cyber bullies.   When other Gold Coast filmmakers learned of the project, they volunteered to donate their time and talent to also stand with bully survivors and let them know how special they are and that they are not alone.

GC Indie Film and TV Network will be putting the spotlight on the film’s producer Shirley Pierce with a Q&A and to invite also the director Tom McSweeny at the last network event of the year. Along with making of this we shall intro David Mace-Kaff and Lauren-ann Smith and discussing their inspiration and involvement with the film. Founder of GC Indie Film TV Network Events, Caroline Russo will conduct what is sure to be an interesting and enlightening chat with the Evolve Film Productions team and with Shirley and Tom. 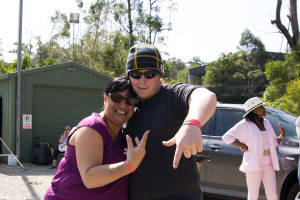 Shirley Pierce is one of the top grossing writers in Australia, Shirley has worked on films that have had a cumulative box office gross of over a quarter of a billion dollars. She has developed projects for MGM Studios and Sony Pictures and in ten years at the Walt Disney Studios, she worked on over two dozen projects ranging from the holocaust drama, “Misha”, to the animated films “Dinosaur”, “Home on the Range” and “Meet the Robinsons”. “John Henry”, which she wrote for Disney, won international film festivals and was a finalist in its category for the Academy Awards.

Shirley has created and developed works for some of Hollywood’s top notch production company’s including MGM, Sony Pictures and Walt Disney studios, but she still holds Queensland close to her heart.

“I love working and living in Queensland, but I create content for a global marketplace”, said Pierce.

Her screen adaptation of the opera Aida was also the source material for Elton John’s successful Broadway production.  She is currently producing “Break It Down”, a feel good family film for a 2015 release. Shirley is a member of the Queensland College of Art Advisory Board.  She was a teaching fellow at Bond University’s Centre for Screen and TV, has lectured at the International Film College and was a mentor for the NSW Film & Television Office, this event will be great opportunity for all those in the GC Film and TV Network discover more about Shirley and her experience within the entertainment industry. 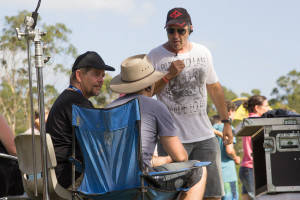 As one of Australia’s leading Casting Directors, Tom McSweeney has worked on over 200 feature film, mini-series and tele-movie projects, as well as over 500 hours of episodic television production for the US, UK, Canadian and Australian markets. In 2007, Tom was honored with an Emmy Nomination for his work on the mini-series “The Starter Wife” that starred Debra Messing, Judy Davis and Miranda Otto.  Tom was also instrumental in casting the film and television projects that launched the careers of celebrities such as Ben Affleck, Renee Zellweger and Denise Richards.

With a career spanning forty years, Tom McSweeney is not only an Emmy Award nominee but also recently cast the Steven Spielberg series, “Terra Nova” and the Jonathan M. Shiff children’s series, “Lightning Point”. In 1994, Tom was elected to the Board of Directors of the ‘Casting Society of America’, serving for four years in that position before moving to Australia in 1998. He is the only member of the organization in the southern hemisphere. 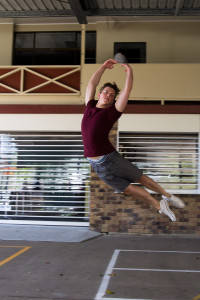 Most recently, Tom McSweeney joined Emmy Award winner David Newman to combine forces and launch their own company, McSweeney Newman Casting. Tom endeavors to support the raw talent of the Gold Coast and foster the development of the Film Industry within Australia.

“Founded on the mission to foster talent and provide a creative environment where actors can work freely and not be hounded by the pressures of ‘having to get the gig’, we believe that true talent can come from anywhere, and that is what drives us to unearth the diamonds in the rough”, McSweeney and Newman said in a statement. 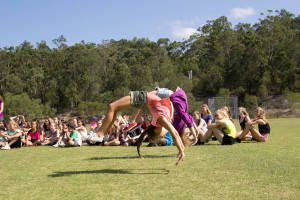 Throughout David’s Career he has worked on a wide variety of productions, from commercials and music videos, to low budget feature films and television series’ such as Matthew Hayden’s Home Ground and Terra Nova. David has been working as a freelancer in the Queensland film and television industry since 2006. He has a powerful passion for storytelling, lighting and the film-making arts. H now manages a video production business Evlolve Film Productions with his partner Lauren. Evolve Film Productions is a Gold Coast based video production company that was setup to help people share their visions and stories with the rest of the world and supports the Queensland film/TV industry.

Lauren is a Producer and documentary filmmaker. She has just wrapped principal photography on a Queensland based horror/thriller film. She has since been working on directing her first feature documentary currently titled “The Plan”. Lauren is highly passionate about the film and television industry and creating beautiful images. She hopes to work on a variety of productions through this venture and has a love for new challenges. 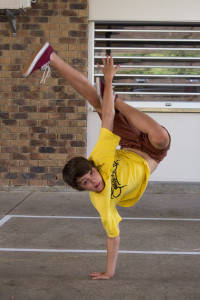 All Photo Credits to Sebastian Coke 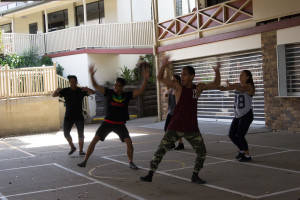 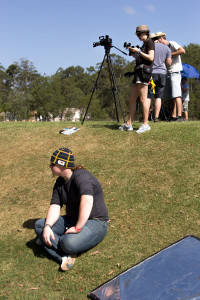 For bookings please contact Box Office at the Arts Centre GC on 0755884000. Please note we will be having banquet style sitting of tables of ten and this is a great way to book a table with whom you like to sit with as this will be a big night and a dress to impress after 5 wear.

7.30pm start for stage events & with Bar to open for last drinks and to stay open to Midnight with entertainment.

Thanks to Photography Sebastian Coke.