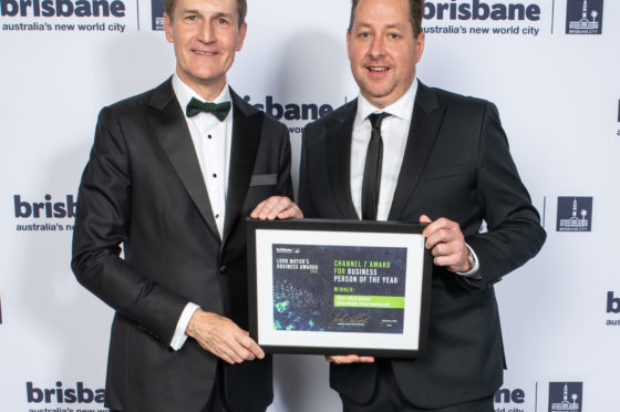 The 13th annual Lord Mayor’s Business Awards that were held last week 20th October 2018, had producer Tim McGahan and managing director of Blacklab Group take out the top award of Business man of the year.

Cr Quirk said the Blacklab Group managing director had made an outstanding contribution to the industry.

“He was the youngest ever cinematographer accredited by the Australian Cinematographers Society, and is passionate about mentoring new talent,” he said.
Mr McGahan works across several areas including creative development through to financing and production.

Cr Quirk said the winner exemplified the dedication, excellence and leadership that was looked for in a Business Person of the Year.

Tim expressed the excitement of the award to HHB and was very proud to receive and be chosen as the top winner is such a great honour.

As producer and executive producer, it is tough business but my company has brought together more than 500 TV commercials, corporate videos, and music videos. As Managing Director of Blacklab Entertainment he has executive produced in excess of 44 hours of broadcast television and two feature films in the company’s first five years.

Tim McGahan is looking forward to some exciting products in the future!