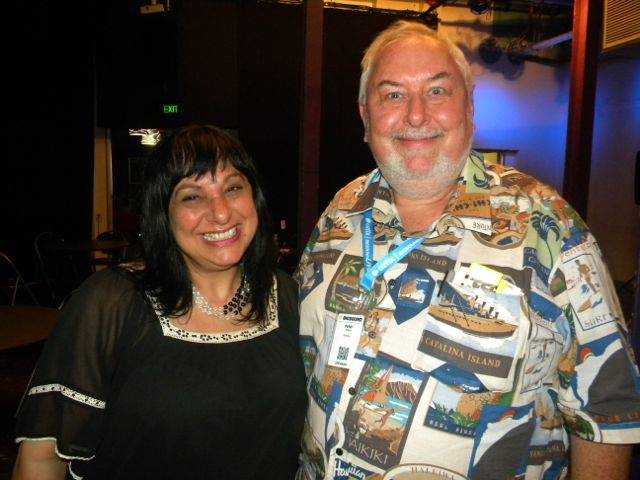 Hush Hush Biz interviews the founder and owner of Bluesfest – one of the largest festivals in Australia that has been running for over 24 years. We get into the crux of what’s in a festival and how cool a head the director must have. As Peter says himself – “Every festival director is brilliant and has real heart. People don’t go out there and put together music festivals because they want to make millions of dollars – if someone says “I wanna do a music festival” someone else will say “Well make sure you start off with a large fortune and end up with a small fortune!” It’s not the wisest business decision.”

How exactly do you do it?!

I’m finding it easier because I’m getting older – so what I’ve realised is that you actually do learn a lot and you can’t buy experience. You can’t put and old head on young shoulders. I’ve learnt that I can’t do it all and I put a great team together.

How do you manage with the capacity of putting a major festival on and the demands in your life?

A lot of festivals are 2 or 3 people all coming together 5 months before the event. We are a mid sized company with 11 employees year round with the new addition of a 12th or 13th. We are not a small business and I get to be the guy who has meetings with people everyday and get to hear from all the departments. Because the company is compartmentalized I don’t have to work all the time. I have a home in Bali so I spent a third of my year living there by myself. I don’t make money every year but I have to look at my festival on a 5-year period. Last year the elements were perfect.

How exactly does your team manage?

If you’ve got a capable office who know the decisions they can and can’t make it just works. If they feel they can’t handle the responsibility of making a decision they have to feel comfortable with being able to ask me.

Can you tell us about the festivals you have in development?

One of them in the Boomerang Festival, which is an indigenous festival we’re going to do down on our site. We’ll get behind the manager to do all the marketing and ticketing stuff, but she can get out and do what she does best. The other is a Shakespearean festival. I used to live in the US and got interested in the biggest Shakespearean festival in the US. They built performing arts centers out of this. I’m not that well read of Shakespeare, but I’m trying to get the director of a Writer’s festival to get on board – you walked in the site and everyone looks like they’re living in the 1540’s.

When will the Bluesfest lineup be revealed?

Thursday the 20th hopefully. We do it in 3 releases to keep everyone excited and posted.

You had a lot of conflict in Byron Bay with the Council, can you tell us about it?

The last council was made up off one person that tried to build his fame off my success by opposing it. Unfortunately some of the Greens, who are an important political party, weren’t able to jump over their own shadow. There came for a time of protest where they can’t move on and say “You know what? This is actually good for us.” Byron has moved away from the Greens and there was a 10.6% swing and a 5% swing in the council vote. I hope the Greens check their radical side of their party because it is a turn off for a lot of people.

You’ve got an amazing amount of knowledge and experience – how did you start in this business?

Like any kid in the generation – you’d probably hear your big brother’s records and sneak in there when he’s not home and play them. I was fortunate enough to be a young teen when the Beatles came out and everybody wanted to grow their hair and join a band. So I just came from that time. I used to play bass and sing poorly – I went to the US and played music there, got into the business side and came back to Australia in the 70’s. I just knew more than the local guys did because over there it was a bit more advanced and professional than our industry at the time. By 1983 everyone wanted to pick my brain.

You and ‘Chuggie’ are both free thinkers, how did you realise you were better off apart?

Chuggie was my partner until 2008, now we’re not partners and we get along better than we ever did. He’s a great guy but I just never want to f***ing work with him again! And he’d say the same!

Ben Harper – Him and Bluesfest are synonymous.

James Brown – Some say The Beatles, I say James Brown.

Dave Matthews Band – did one of the best shows we’ve ever seen live.

Jack Johnson – My wife chose him and I got all the credit! It was a memorable one

Frandy and Spearheads – There’s something about him where he plays Bluesfest. He actually gets better as he performs live – they are just magic.

Bob Dylan – Because a lot of people will have a lot of issues about a Dylan concert – but he really is true rock royalty.