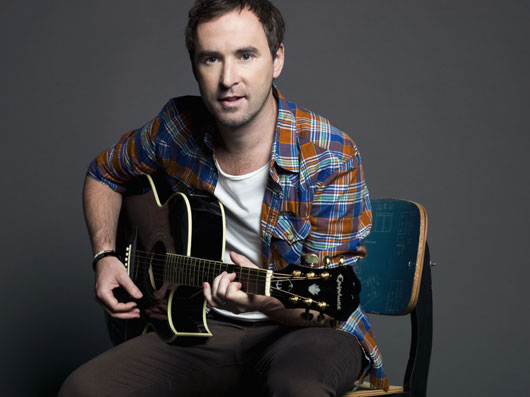 1. You’ve been in the entertainment industry for 12 years now, do you think it’s changed since you’ve first started?

Yeah, it’s changed an awful lot. When I first started, all we had was MySpace. Since then Instagram, Facebook and all the other different areas that social media kind of exists. All those different platforms are out there now, so that’s had a huge impact on the music business and the industry in general.

Even digital music is the most prominent thing now over CD’s or records, so it’s changed an awful lot, and musicians have had to change with it.

2. You are known to write and produce songs for other artists, can you share who they might be?

I’ve written songs for a lot of different people. People who have been on the likes of X Factor, the Voice, I write with a lot of those artists.

I’ve written with a lot of country artists, an amazing artist, Travis Collins. Last year we actually won a Golden Guitar for Song of the Year for one of the songs that we wrote together. It was a song called “Call me Crazy”, it was fantastic. So, yeah I write for loads of different people from all sorts of different areas in the industry.

3. Who would be a part of your dream musical collaboration?

These artists have been around a long time, and are still at the top of their game. I’d love to write with them. 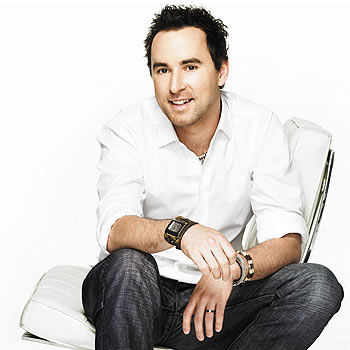 4. Who are your musical influences or inspirations?

Mine have always been artists from the 60s and the 70s, from the Beatles to quite a few folk artists like Bob Dylan or Donovan, Don McLean. That whole era of that great song-writing, where they told stories; I love songs that tell a story.

5. What is “Damien Leith’s Storytime” about?

The clue’s in the title. It’s an app that contains stories for kids, in particular, bedtime stories for children. The inspiration behind the app came from telling my own kids bedtime stories, I always have. Over the years, I started to record them. They’re all original stories, but I make them up on the spot, and I would record them on my phone.

Last year, I discovered I had over 100 stories recorded on my phone. So, my wife and I kind of said “you know what? this could be a great thing to put these stories, re-record them, put them on an app, and make them available to other parents or grandparents, anyone who needs help getting their kids to sleep.

Anyone can use the app, like Grandparents when they’re looking after kids. I think kids are listening to bedtime stories at night-time, I think they’d benefit from it greatly, because as the years go on, it really helps your imagination to grow. You kind of sit and listen to something, it’s like a theatre of the mind. Stories are kind of the same, it forces you to use your imagination, and I think as kids grow up, generations kind of have a greater impact on them.

6. What do your kids think about the app?

The kids love it; they’ve always loved the stories. Like I say, I’ve told them so may over the years. I told them one last night. You know, my kids love stories, it’s a really fantastic way of getting them to go to bed as well. It’s almost a bribe, you know; “let’s all get to bed, and I’ll tell you’s all a story!”. So they love stories and they love the app, they love where it’s going.

They’ve even been involved in it as well; their voices are on some of the stories as characters. So, it’s became kind of a family affair. 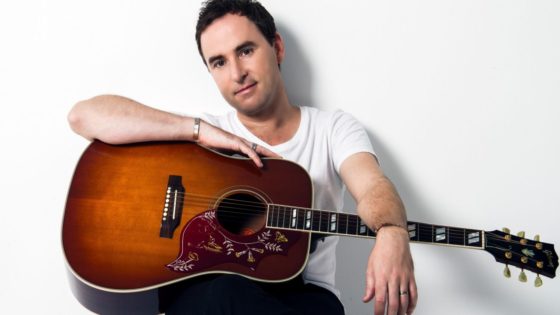 7. What can your fans expect from your current tour?

The tour is a solo show, so it’s myself, guitar and a piano. The whole idea of the show is to kinda get back to my roots, really. I give the audience what they would really love to hear because sometimes when you tour with a band, you’re limited as far as what you can do for set wise, and you have to stick to the set list because everybody’s rehearsed it.

But when you’re solo, you can vary it. You can kinda go off and hand it to somebody in the audience and they say “hey, can you play a song that came off your first album?”, then I can actually do it, whereas, if I was with a band, we can’t all do that – the band won’t know those songs.

It’s a great opportunity for the audience to really get to hear a fantastic selection of songs, and songs that they really like.

8. Do you have any plans to release any new music soon?

At the end of this year. I have an original album coming out later on this year, not until September/October. I’m definitely working on that at the moment.

It falls into the singer-songwriter category, like Ed Sheeran, Passenger, Dean Lewis. You know, that sort of style where it’s very much lyric-based, and then the music around that. The likes of Ed Sheeran does that beautifully. He writes great, great songs, and sometimes they’re totally stripped back because it is just about the lyrics more than anything else.

9. You’ve hosted a few TV shows, and competed in Dancing with the Stars, would you ever consider acting?

I am acting, this year. I’ve got my movie debut this year! I’m in a movie called “The Target”, it comes out on September 3rd. It’s a movie that’s been made in Melbourne. I’m pretty excited about it.

I play a character of an aggressive, corporate bully. I’m just one of those real horrible, guys who just treats people very meanly, one guy in particular – I have it in for him. It’s quite a good part, something totally different for me, I’m pretty excited.

The movie has to do with bullying in general. It kind of covers a lot of different themes, where people’s lives have been impacted or something’s actually happening that involves them being bullied or taken advantage of, so it’s a movie that creates a lot of awareness. That’s why I really wanted to be a part of it.