QA With Jonathan Biggins Star of The Gospel According to Paul

Comedy QPAC The Gospel According to Paul by Caroline Russo | on March 15, 2021 | 0 comments | in Entertainment | Like it 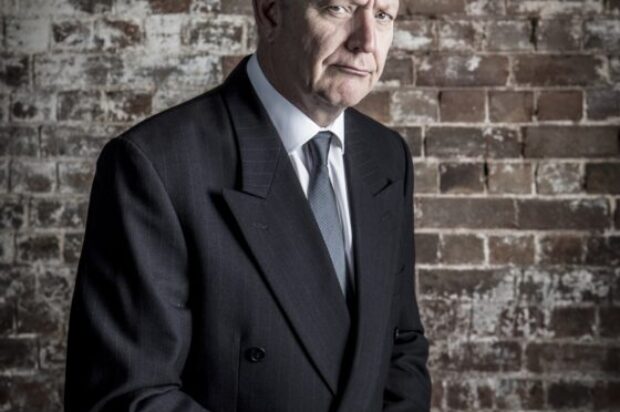 Paul Keating – but not as you know him – is coming back to QPAC. One of Australia’s favourite performers, Jonathan Biggins, is returning as the visionary, reformer and rabble-rouser in the smash hit comedy The Gospel According to Paul in our Playhouse this July.

The season is a highly anticipated big move to the Upper House (QPAC’s Playhouse) following the show’s original run which sold out the Cremorne Theatre before Biggins even hit the stage.

We caught up with Biggins about the return season of The Gospel According to Paul, and found out what he and Australia’s 24th Prime Minister have been up to during the pandemic. Have a watch and read below.

Q: This is your return season at QPAC… for anyone who saw the original season in 2019, what can they expect this time around?

A: Pretty much the same only better. Obviously, Paul’s been in lockdown and has had a COVID shot, but this is a show about his legacy and the past hasn’t changed – if anything, we need to learn the lessons of the past even more assiduously.

Q: Why do you think The Gospel According to Paul has resonated with so many people? What’s been the secret to its success?

A: I think because it’s about leadership and that is a quality that has been lacking from Australian politics – world politics – for quite some time. Whether you loved or loathed Keating, you have to concede that he was a leader, prepared to make difficult decisions that were not about focus groups or getting re-elected. It was a time when politicians took responsibility for their actions and I think people miss that. Plus he was hilarious and could get away with saying all sorts of things that would be frowned upon now. People miss genuine larrikins as well.

Q: How do you find Queensland audiences?

A: They’re great! I’ve always enjoyed playing in Brisbane and last season was my first time in the Cremorne so now I’ve played every venue in QPAC (as director or performer). Brisbane is the go-to venue for so many theatre producers these days, especially musical theatre, and the audiences really appreciate live performance.

Q: What is your favourite thing about Brisbane/QPAC?

A: Well, the arts precinct first up. How lucky to have so many world-class institutions in a row by a river! And QPAC has the best 800-seat theatre in the country, [the Playhouse] has been my favourite ever since we did A Funny Thing Happened on the Way to the Forum over 20 years ago. And I have a soft spot for the South Bank beach, having spent so many hours there with my children when they were small and could tour with us.

Q: How did you spend your time during lockdown?

A: I wrote a stage adaptation of Oscar Wilde’s short story The Canterville Ghost. It’s still a work in progress but I’d have to say the first reading we did kind of suggested why it was a short story in the first place. We also spent a lot of the time writing/not writing the Wharf Revue, which finally went on stage four months late. So the Scomo in Hawaii sketch didn’t make the final cut.