QA WITH LILY PAPAS AS TO HER DEBUT SINGLE ‘WILD’ Australian singer-songwriter Lily Papas unveils her anthemic debut single ‘Wild’. Co-Written by Lily, and recorded in LA, ‘Wild’ is the first single to be lifted from her debut album ‘Encore’, due in 2020.

The newest member of the Neon Records family, and backed by Universal Music Australia, Lily Papas has a transportive sound with tinges of London Grammar, and the grittiness and rasp of The Pretenders’ Chrissy Hynde. Lily Papas prefers to trade on her passion rather than what’s in fashion, with her unique standalone sound undeniable.

Lily Papas’ debut single WILD is out through Neon/Universal Music and available to download and stream now on all platforms. 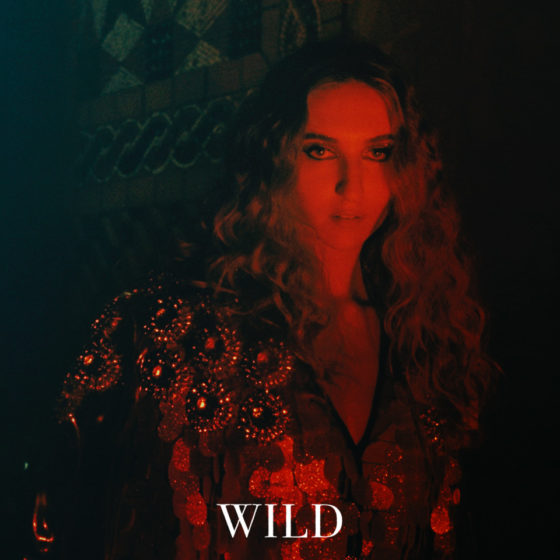 What got you started with getting into the music industry?

It was actually my vocal coach Mat Stokes who got me started in the industry when I was about 12 years old. At that point I wasn’t competent on guitar to be able to hold my own so he actually used to perform with me. We did a few big corporate gigs for AFL events which is where I got a lot of stage experience from.

Who has been your influence over the years and what instruments do you play?

A lot of people have played a part in influencing me, obviously my parents (especially my mum) helped me in finding my style and sound, my mum is a massive music lover and played music from very influential artists like David Bowie, Prince, Bruce Springsteen during my childhood. Also meeting my boyfriend back in 2015 really shaped me into the artist I am today. He’s a producer and produced two of the tracks on my upcoming album Encore – he was crucial in the development of my current sound.

Your new song Wild – tell us about it, and how long did it take to write?

I describe Wild as a dark love song that I wrote about the feeling of not wanting to let someone go even when they no longer love you. The song was born out of a writing session I had back in November last year with Mike Mac and Jordan Baum  and we based the idea on this powerful enchantress / black widow style of woman. Similar to Angelina Jolie’s character in Maleficent. To actually write the song it was quite a quick process, maybe half an hour? And we finished/produced the track in a day.

What’s been the most outstanding experience you’ve had since being signed to a record label?

Being signed in the first place was one of the highlights of my entire life. I’ve dreamt about it since I was a child. Since then, amazing opportunities like travelling to LA to record my album, working with Dior, performing with a live band at my showcase, shooting my first video clip, – so many amazing things have happened since I’ve been signed it’s impossible to pick one!

Can you give us an insight into what you’ll be doing for 2020?

I’ll be releasing two more singles, and then my debut album Encore and hopefully do some shows. I’m looking forward to 2020.

What are you dreams and goals to aim for in the next few years?

For me it’s about making the most of this incredible opportunity I’ve been given. After the album is released next year, I really want to be able to tour the album, and then get straight back into writing and recording another album. I absolutely love the creative process involved with writing so the dream for me is to just be able to do that for as long as possible. I obviously have other personal goals in life, like to buy a house, buy a dog and a kitten with my partner.

You look amazing and your style is too ….How do you best describe ‘You’ in the mix of everything?

Well first of all, thank you very much! I mean, it’s quite hard to put into words but I think my fashion sense and style are a reflection of who I am not only as an artist but as a person too – they go hand in hand. Quite eccentric, a little bit edgy but classy.

What are you listening to right now and who’s on your radar?

I’ve been listening to a lot of Sabrina Claudio lately, what a woman! Her voice is so enticing, and her lyrics are captivating.