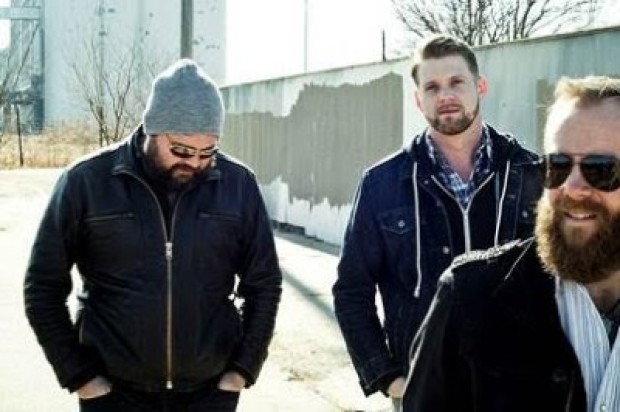 Could you describe the style of music your band creates and performs?

At this point, we usually refer to our style as roots rock. Traditional blues is certainly the core of what we do, but we’re very much a rock band, as well. Elements of Mississippi blues, classic rock, soul, grunge, stoner rock, and country all find their way into our music at times.

Do you remember your first musical memory growing up?

My first musical memory comes from when I was about three years old. I remember riding in the truck with my Dad, hearing him sing the old Leadbelly tune, “Gallows Pole”.

How did Moreland & Arbuckle come together?

Aaron and I met at an open mic night at a club in Wichita sometime in 2001. We jammed that night and ended up talking about music, but then went our separate ways. A few months later, he was working on an album and wanted a harmonica player for a couple of tracks. A friend of mine in our blues society directed him to me and we reconnected. We realized pretty quickly that we had a strong musical chemistry and were really on the same page about the kind of music that we wanted to make, which was old school, Mississippi blues. We started playing together as an acoustic duo, then eventually started an electric band, as well. Eventually we settled on this atypical guitar/harmonica/drums lineup and over the course of 15 years have managed to keep it moving forward til it evolved into what you hear now.

How did you all decided on the style of music that you play? Because i’ve noticed it’s a little different from other blues bands out there.

We just try to play music that we like and this is how it comes out. We’ve got pretty varied influences which we’ve increasingly allowed to creep into our sound over the years, but we’ve never really made a conscious decision or a concerted effort to set out in some new musical direction. It’s always happened pretty organically.

Who would you say are your main influences musical, as a child or even now?

Can you tell us a little bit more about your upcoming tour plans for 2017?

Well, we are extremely excited to be coming to Australia for the first time this month! We’re looking forward to a great tour there. Once we get back home, we plan to be on tour off and on in the U.S. throughout most of the spring before a possible European tour in the fall. The schedule is still coming together, but it should be a really good, busy year!

Tickets to all shows available from
www.morelandarbuckleaustralia.com