Q&A WITH THE BON SCOTTS

Holly Licuanan interview Main Street Music QA The Bon Scotts by Caroline Russo | on June 28, 2016 | 0 comments | in Interviews | Like it 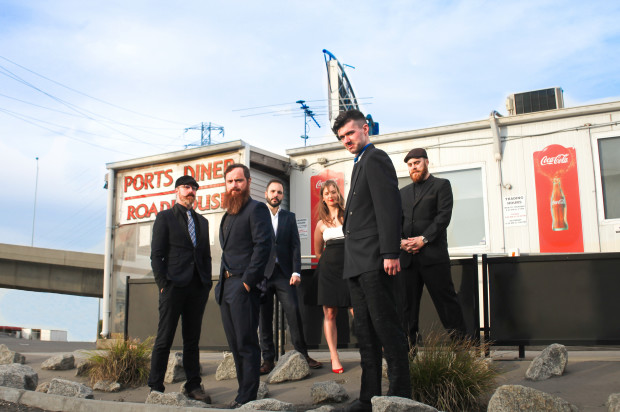 After some time off and almost calling it quits, The Bon Scotts are back with their new single ‘Main Street’. The six-piece Melbourne band have been hard at work on their new record, ‘When I’m Lonely I Still Think of You’, due out March 2017. We talked to The Bon Scotts after the release of the video for the single, which was shot by the band themselves.

HHB: You have a new single out, ‘Main Street’, how does it feel to have new music out?
THE BON SCOTTS: It feels like it has been too long and we are really excited. We have been playing together 6 years and we were starting to feel like we were on autopilot, so having plenty of new music and everyone so excited about making a new record has made it very enjoyable again. Main Street is only the first song of what I would say is our most productive period.

‘Main Street’ is off of the upcoming album ‘When I’m Lonely I Still Think Of You’, what can you tell us about the album?
The album is being finished off at the moment, and I think the events of today are weighing heavily on its themes. Like all our titles, it is probably misleading. Yeah there are songs about lovers on the album, but we are writing more about the decline of western society, escalating acts of violence and aggression and our tendency to be skeptical of experts. Anti-vaxxers, the hard left and right, billionaire politicians and economist doomsayers all get a mention.

What was the inspiration for the new album?
We have always written about similar themes – playful stabs at politics and the intimacy of relationships between friends and lovers. But this album feels far more serious, we’re looking at the issues that face us in a less jovial way and coming to terms with the idea that this may be the beginning of the end. Climate change and the growing rift between rich and poor is starting to affect the way we treat each other and our tolerance is being tested in a way it never has before. I feel more than ever the need for society as a whole to put politicking to the side and stand up against a system that is destined to destroy.

If you could describe the new album in three words what would they be?
Destruction and heartbreak.

‘Main Street’ asks the question – “Can either side be part of the solution when they often seem to be the root cause of the problem?”, why was this something you wanted to write about?
We are the people using all the resources while demanding sustainability. We are the people demanding equality for those around us while most of us live within the top 10% of the global population. Capitalism is a hierarchical system in which we are benefiting as much as anyone. I enjoy exploring these themes as they affect us every day, in the choices we make quietly and the causes we support publicly. I like to have a better understanding of how the guilt of knowing this causes changes to our daily attitudes and responses, in the way we fight for one cause and not another or how we target hypocrisy when it isn’t our own.

The video for ‘Main Street’ was filmed by the band taken from the Coburg Race Rally, what made you use this footage for the video?
I think the footage I took from the protest shows a very problematic response to an extremely important issue. While the numbers of people fighting were very small compared to the peaceful protesters on the day, I fear it is the extremism of both sides that is undoing decades of work by individuals and organisations to bridge social gaps. While I refuse to downplay the problem racism is having locally and globally, we need to ask what benefit this violence is having in this debate, and is it actually doing more harm than good. Further solidifying ideas or worse, pushing people towards the dangerous beliefs of the people they feel safest with.

In spite of what many seem to think, you can’t bash good into people.

What do you want fans to take away from ‘Main Street’ and the rest of the album?
A sense of urgency.

You’ve taken some time off from music in 2015, what made you come back?
At the end of the day I couldn’t think of a better group of people to spend my free time with. We love playing music and it’s something that none of us could imagine living without. While I want to do more things away from music, I think we are all tied together by the simple fact it is a lot of fun.

What can fans expect from The Bon Scotts in the future?
We are launching our single at the Spotted Mallard on July 16th, then we are going to take a short break to recharge before a big tour and a few festivals in October and November. When I’m lonely will be out in March and we are getting very excited about where it is heading.

What is next for the band?
We are finishing up the tracking for the album now so over the next few weeks we will cut down the tracks to 10 or 11 favorites. It is a lot of fun, but does involve a lot of long days and nights of whiskey and arguing about ideas. 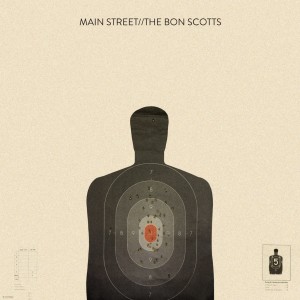